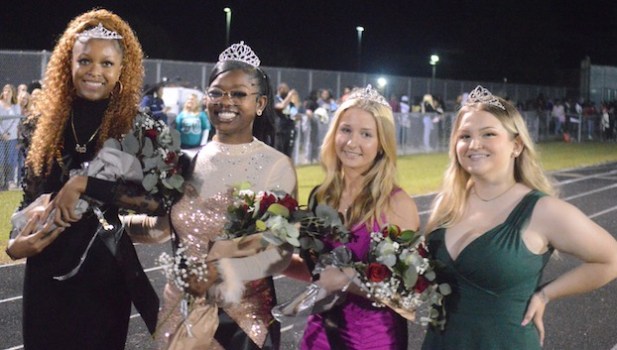 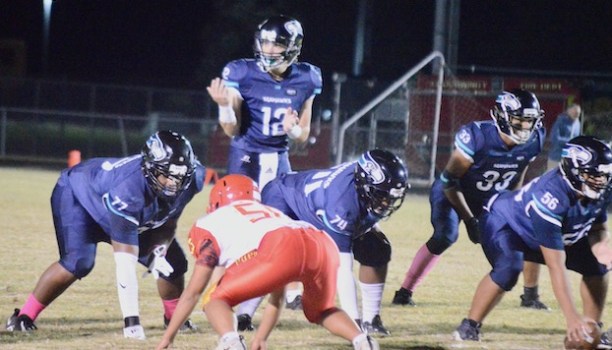 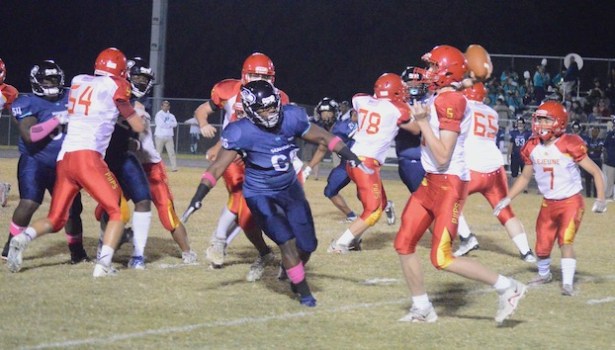 Xavier Ham (66) and the rest of the Seahawks defense got consistent pressure on the Devil Pups quarterback. (Steve Barnes/Washington Daily News) 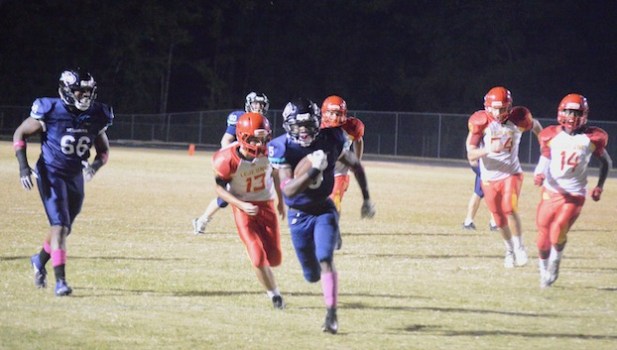 Tequan (Tater) Moore ran for two touchdowns and caught a pass for another in the win over Lejeune. (Steve Barnes/Washington Daily News) 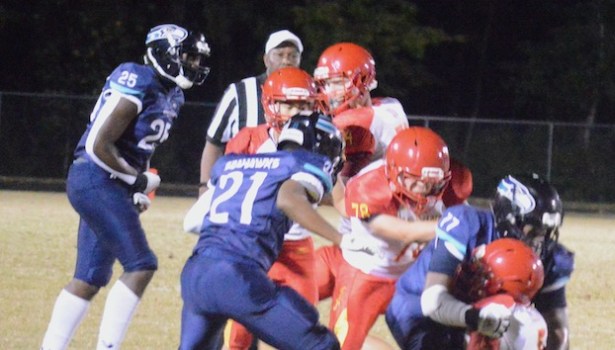 After being stopped on downs at the Lejeune 26-yard line on their opening drive, Southside scored every time it had the ball the rest of the first half for a 45-0 victory on Homecoming.

Senior quarterback Walker Hill completed nine of 13 passes for 224 yards and four touchdowns and scored the first one himself on a two-yard run.

“Throwing the ball was part of our game plan tonight and Walker executed it really well,” coach Jeff Carrow said. “His offensive line gave him time to threw and he looked comfortable and confident when he threw it.”

Hill found Darren (DJ) Joyner for a 60-yard score, Nolan Dixon for eight yards, Elgin Stilley for nine and Tequan (Tater) Moore for 60 just as the first half ended. Moore scored the second touchdown on a 28-yard run and the fourth one on a 17-yard jaunt.

“Our defense played great,” Carrow said. “It’s always good to get a shutout and it will help us going to East Carteret next week.

Washington fell behind North Pitt, 22-6 at halftime before mounting a furious second-half comeback that brought them to within 34-30 with under five minutes left. North Pitt )2-2, 4-4) recovered the onside kick and scored to set the final margin. Washington is 2-6 and 0-4 in the conference.

Pungo Christian routed Mattamuskeet, 54-0, to raise their record to 3-4 in 8-man action.