Write Again…You will enjoy this story 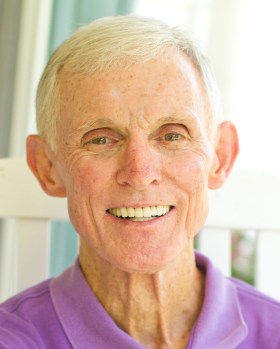 She swears it’s true. One of those “truth can be stranger than fiction” tales, and I believe her. See what you think.

Let me give you a bit of background that will be helpful to those not familiar with the main characters in this story.

Frank Howard and Peahead Walker. The former an iconic legend at Clemson, and the other famous at Wake Forest. Football coaches.

Here’s her story: Many years ago, Wake Forest, coached by Peahead Walker, brought his team to play Clemson, coached by Frank Howard. Coach Howard had arranged for the bus to be stopped outside of Clemson, and a highway patrol officer came on the bus looking for a person impersonating the Wake Forest football coach. “There he is!” So, Coach Walker was taken off the bus, and put in jail, and not let out until the second half of the game. Boy, was he mad! Who won the game? Don’t have a clue.

Years later, Peahead was head coach for a pro team in Canada. He invited Coach Howard to come to Montreal for a two-week stint as a coach helping him get his team ready for the season.

Coach Howard was stopped at the Canadian border and told he had to speak French to enter the country. This was news to Coach Howard, and “cooked up” by Walker. Now, you may not believe his response, but I am only telling you what I was told.

“I can speak French,” said Howard.

This is what Coach Howard said. “We, we,” then some unintelligible gobbledegook. He got into Canada, and spent two great weeks with Peahead.

She told me, “I swear this is a true story!”

If there is anyone alive today who could know better as to the authenticity of this credulity challenging account, it’s surely she who shared it with me.

You may know that when the Clemson players come onto the field at home games they touch the Frank Howard rock on their way out. Good stuff. Tradition. Clemson is special to us because our granddaughter Lindsay is a junior there. On a personal note, I went to Wake Forest a year. A good school, but I decided to go into the Army, and then back to college when my enlistment was up. I felt I might do better when I went back to school. As it turned out, I did. I went to East Carolina College, it wasn’t ECU then, on the G.I. Bill. NOTE -And yes, truth can be stranger than fiction.