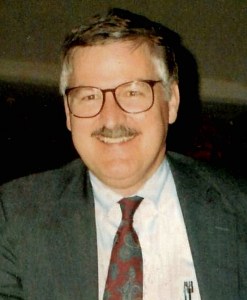 James was born in Washington, NC on February 26, 1941, to the late Paul Leon and Helen Manning Asby.  He had lived in Cary, NC since 1978 after growing up in Washington, NC. He is survived by his children Margaret Peykamian and Todd Asby and their families, of Cary and Raleigh, NC, respectively, and his brother, Michael Asby, Sr, and his family of Washington, NC.  James’ wife of 56 years, Lynne Kinsey Asby, preceded him in death.

After high school, James enrolled in the Air Force and later graduated from East Carolina University.  He held his first job at the age of nine and began his professional career at the National Spinning Company, working his way up the corporate ladder in manufacturing management at various companies including APV Baker and Buhler Aeroglide before reluctantly retiring at age 70.  He loved working hard, gardening, traveling the world, coin collecting, history and family. He loved spending time with his grandchildren and attended all their performances and competitions. He loved people in general, most especially his friends from “little” Washington, the “Washington Boys Club”, and Brendan Choice, who he remembered fondly until the end of his life.  He had a great sense of humor and will be terribly missed.

In lieu of flowers, please consider a memorial contribution to the charity of your choosing.

Paul Funeral Home & Crematory of Washington is honored to serve the Asby family.