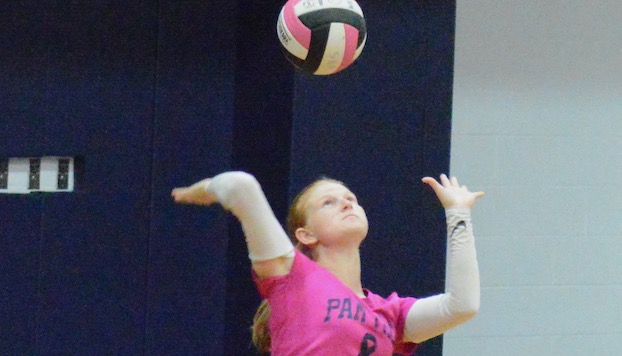 The volleyball and tennis playoffs are underway, while girls golf is over and soccer has one more week of regular season action. Here’s how the county teams stack up:

Volleyball: Two losses to league rival Pamlico County in the last three matches cost the Northside Panthers a higher seed in the 1A state tournament. The Panthers (18-5, 9-1) are the 15th seed and host number 19 Union Saturday at 2 p.m. With a win, the Panthers would travel to #3 Perquimans Tuesday. Neuse Charter is the top seed. The Panthers shared the Coastal Plains Conference regular season title with the Hurricanes, but lost to them, 3-1, in the conference tournament finals giving Pamlico the eighth seed.

Washington is the 19th seed in the 2A East bracket after a third place finish in the Eastern Plains Conference. The Pack posted a 13-9 record and went 9-4 in the league for their best finish in five years. They play at #14 East Bladen Saturday afternoon.

Soccer: The Pam Pack boys, 15-4, 9-1, are tied with Greene Central for the EPC lead with two games left in the regular season. The Pack claimed a share of the conference title with a dramatic, 1-0, victory at Greene Central Monday night. Senior Luke Brown scored the winning goal with under two minutes left.

“We were the underdog with nothing to lose and I think that helped a little,” coach Jim Kozuch said. “We’ve had three close games in a row and haven’t given up a goal, so our defense has been outstanding. It’s nice to get part of a conference title after they won it last year.”

Southside (14-4, 1-1) beat East Carteret, 5-2, Monday and host Lejeune on Senior Night Monday to wrap up the regular season. Gabe Matthews leads the Seahawks with 22 goals and 17 assists. Kenny Avila has 19 goals and 11 assists, while Jonatan Perez has 15 goals and eight assists.

Golf: Washington’s Lilly Davis became the first in program history to qualify for the East regional four straight years. She finished in a five-way tie for 28th.