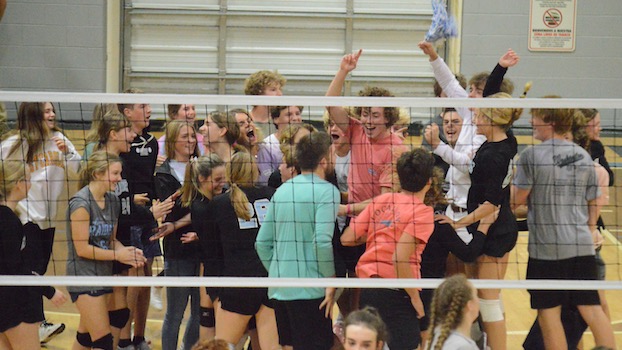 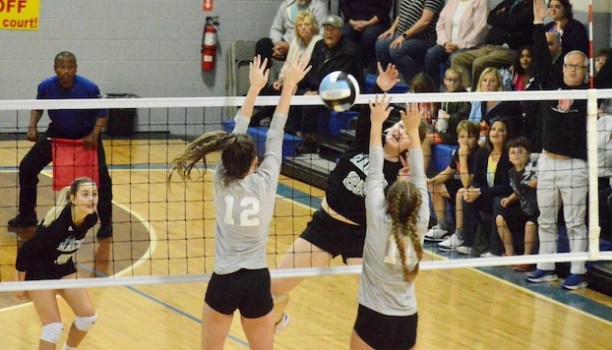 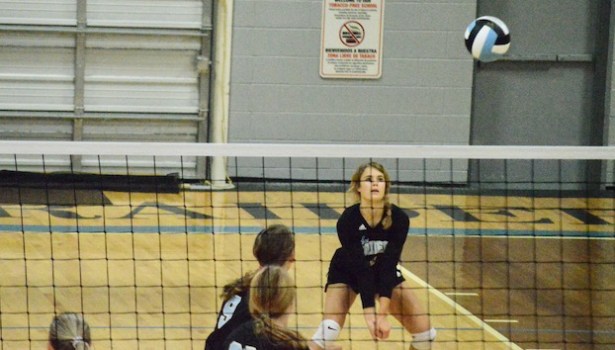 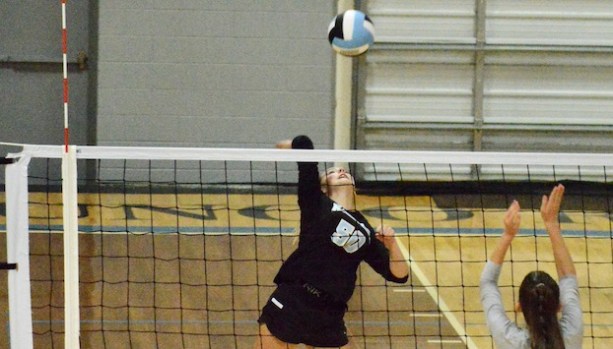 The Pungo Christian Academy volleyball team advanced to the NCISAA 1A state championship game for the second straight year with a hard-fought 3-1 semi-final victory over North Hills Christian of Salisbury in front of a raucous home crowd on Hank Stoop Court.

Not only has PCA won all three meetings so far this season, but they defeated the Colts (22-6-1), 3-1 for their first state title last year.

“We know them very well and they know us just as well, so it should be a great match,” Lady Raiders coach Melanie Eddleman said. “We have four returnees from last year, so it will be the second time for them, but we also have several newcomers who will experience a state championship match for the first time. I’m glad it’s at home because I know our crowd will show up ready to cheer loudly.”

“It was the first time we’ve lost the first set all year and I think it fueled us the rest of the way,” Eddleman said. “We made some adjustments and executed our plays much better after the first set. We’re excited to get the play for the championship again.

It’s the first time a PCA team has played for consecutive state championships since the softball team did it in 1994 and ’95.