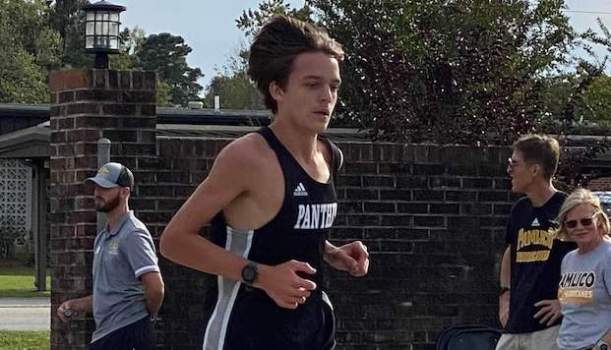 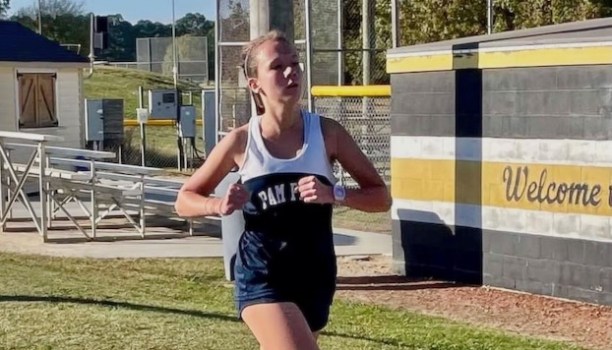 The Northside and Washington High School boys and girls cross country run in regional competition Saturday for the chance to compete in next week’s state meet.

Northside sophomore Andrew Harding won the boy’s Coastal Plains Conference meet last weekend with a time of 16:46 over the 5K course at Pamlico County High School. He earned CPC Runner of the Year honors for his effort. Junior Mason Newman was sixth in 17:52 as the boys finished third behind Lejeune.

“Andrew was our anchor this year,” coach Ole Robinett said. “He and Mason had their fastest time at the conference meet and seniors Zane Brooks and Zander Geritz have provided great leadership.”

Junior Kiele Scott was third in the girls race in 22:19 as the Panthers finished second behind Lejeune. Sophomore Emma Boyd was eighth in 25:09 and senior Leah Cahoon finished 11thin 25:50.

“The girls are second in our region right now and our five freshmen have improved 11 minutes since our first meet. We are very pleased with both teams and think we can send both into the state meet. It would be the first time in school history that the girls have advanced in consecutive years.”

Washington is the only school in the Eastern Plains Conference with a girls team, so it’s been up to the Pam Pack runners to push themselves to improve.

“It’s been an interesting year for them, but they have all gotten faster,” coach Dawn Landen said. “They faced good competition in Bo Run in Greenville and did well and South Lenoir pushed them as well. All of them ran their best race at the conference meet and will need to do it again this weekend. Hailey (Broadwell) is our only junior and (freshman) Lydia Smith tried her best to catch her at the conference meet. I’m excited to see who does what this weekend.”

Broadwell was named the EPC’s Female Cross Country Athlete of the Year after her personal best time of 22:30. Smith was second in 22:49, followed by sophomores Jessica Conner (23:30) and Reagan Fisher (23:36) and freshman Jasmine Figueroa (28:47)

Northside returns to Pamlico County for the regional, while Washington competes in the 2A event at the Lenoir County Fairgrounds.

The top four boys and girls teams qualify for the state meet, while individuals can qualify if the team doesn’t make it.