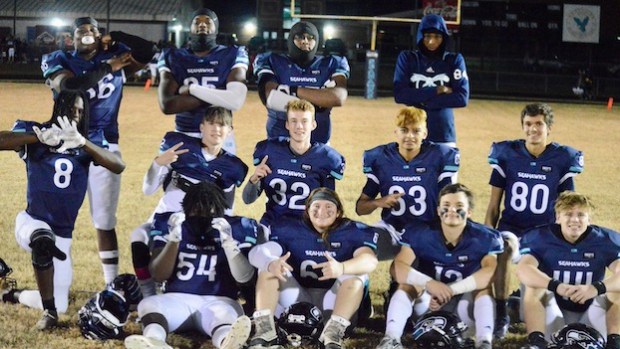 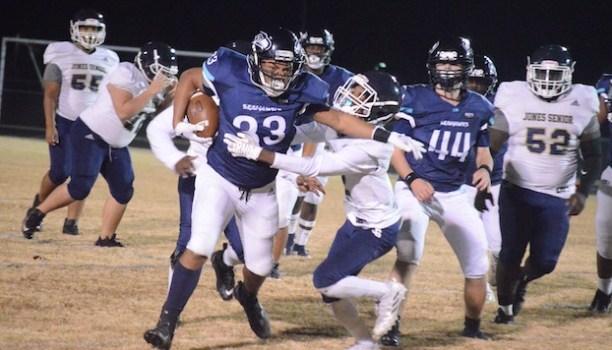 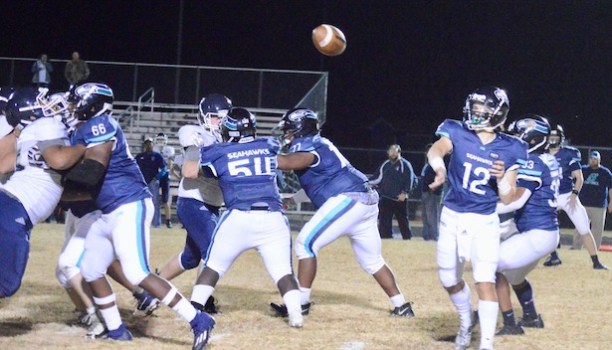 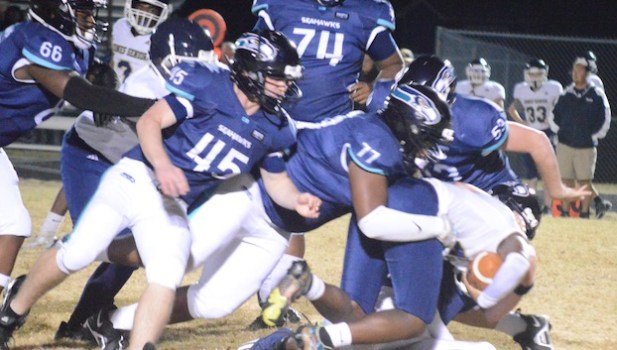 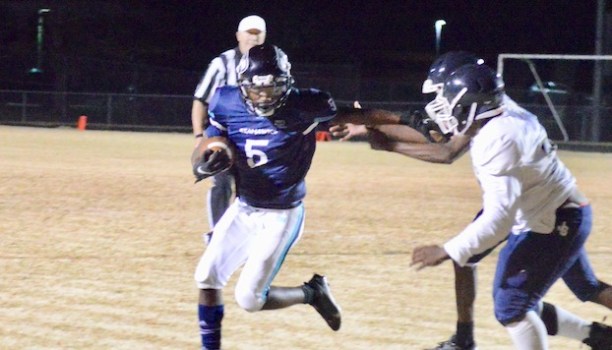 Southside will have the final Friday night of the regular season off after a 47-6 Thursday night victory over Jones Sr. on Senior Night.

The Seahawks managed just one touchdown in the first quarter, a 23-yard scoring pass from quarterback Walker Hill to Tequon (Tater) Moore at the eight minute mark, but exploded for touchdowns on all three second quarter possessions for a 28-6 halftime lead.

“We were better in the second quarter, but I told them at halftime that this wasn’t how we needed to play in the post-season,” coach Jeff Carrow said. “We had too many penalties and were lackadaisical. They responded well and picked it up in the second half.”

Freshman fullback Brian Salinas had long runs during all three third quarter scoring drives and finished with 130 yards on just eight carries, including runs of 20, 27 and 29 yards with an 8-yard touchdown run.

“I told him to run angry in the second half,” Carrow said. “He’s had some big runs called back because of penalties this year and it was good to see him get credit tonight.”

Hill was 5-8 for 98 yards and two touchdowns, while freshman Luke Bullock threw a six-yard scoring pass to Elgin Stilley in the third quarter.

Moore and senior Darren (DJ) Joyner each had a rushing and receiving touchdown.

Zion Corey capped the scoring with a 45-yard run late in the third quarter.

The playoff brackets will be released Saturday afternoon and the Seahawks have a shot at two home games.

“I’ll know we’ll have at least one (next week) and it would be great to get two,” Carrow said. “We’re excited to get started.”