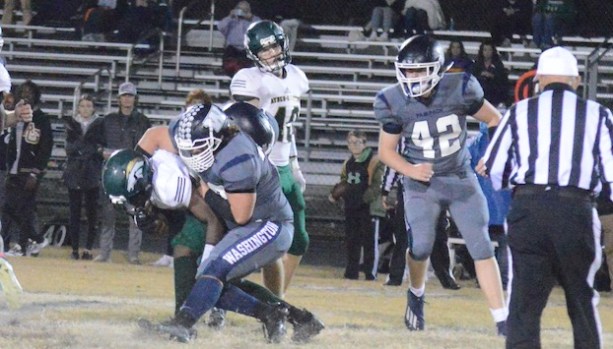 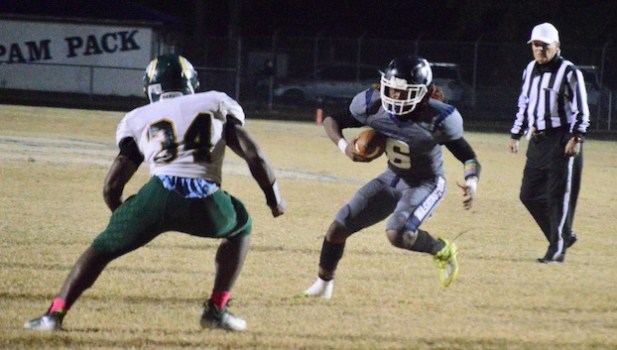 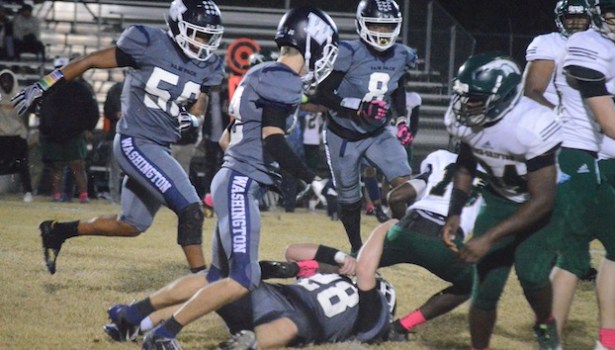 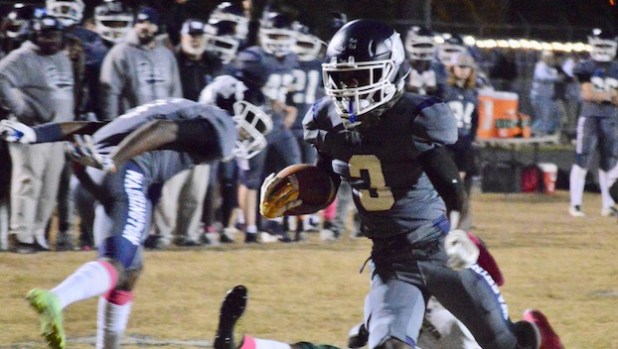 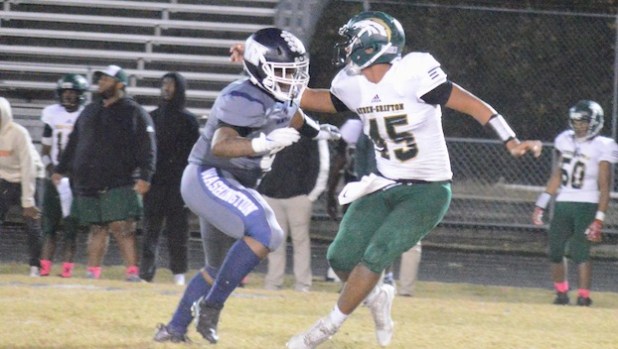 Washington snapped a seven-game losing streak with a 12-6 victory over Ayden-Grifton, while Northside may have improved its playoff seeding with a 54-8 rout of Pamlico County on Senior Night.

Washington (3-7, 1-5) earned its first Eastern Plains Conference win with a solid defensive effort and just enough offensive against the Chargers (0-10, 0-6).

Washington’s Evan Sheppard gave the Pack great field position when he recovered a fumbled punt on the Chargers 20 five minutes into the contest. Tailback Josh Gordan scored from eight yards out for a 6-0 WHS advantage.

Ayden-Grifton had a chance to tie when the Pack fumbled a punt deep in their own territory, but the defense held on fourth down. One play later, senior quarterback Chris Carter broke off a 52-yard run, setting up Gordan’s eight yard halfback pass to a wide open Gary Payne in the endzone for a 12-0 advantage.

Senior linebacker Dawson Mitchell stripped the ball away on the next possession and returned it for an apparent touchdown, but the play was nullified by a black in the back penalty.

One play later, the Chargers sacked Carter, forced a fumble and returned it for a 43-yard yard touchdown to cut the lead to 12-6 with 3:54 to play.

Gordan picked up a key first down on the next possession with a 10 yard run, then Payne ran 41 yards for an apparent touchdown that was brought back because of holding.

The Pack managed to run out the clock to make the win official.

“We are probably not going to make the playoffs, but our seniors went out with a win,” coach Perry Owens said. “Our senior didn’t go the way we planned, but it was great for the seniors to win their last game. Our defense played great tonight and we closed on a high note.”

Northside’s seniors have a playoff game or more to look forward to after a 54-8 Coastal Plains Conference victory over Pamlico County.

Senior running back Marcus Clayton returned after missing two games with concussion symptoms to score three touchdowns. Sincere Columbus and Carson Clinkscales each scored twice and T.J. Squires found the endzone once as the Panthers finished the regular season 6-4 and 3-2 in the CPC. Pamlico finished 2-3 and 3-7.