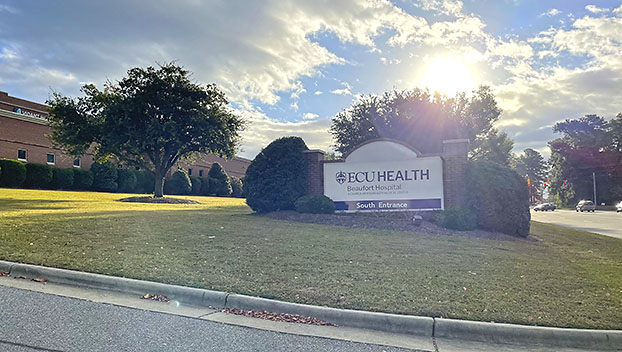 State Treasurer Dale Folwell released a report this week revealing “huge disparities between Medicare losses claimed by hospital executives and the numbers that hospitals reported to the federal government.”

At a press conference Tuesday, Folwell called on the state’s hospital systems to reduce healthcare costs for North Carolinians, including those enrolled in the State Health Plan, for which his office is responsible.

“The hospital cartel is overcharging you because they can, not because they need to,” Folwell said. “Hospital executives can’t keep hiding behind Medicare. They tried to claim huge losses to justify financially kneecapping their patients. But now we know that the majority of hospitals are actually profiting off Medicare.”

The report details Medicare related profits for the state’s top hospital systems, including ECU Health and ECU Health Beaufort Hospital in Washington. Both are listed on the report under Vidant, the brand used by the system prior to its joint operating agreement with East Carolina University’s Brody School of Medicine earlier this year.

“These findings confirm what many economists have suspected for a long time,” said Vivian Ho, James A. Baker III Institute Chair in Health Economics at Rice University. “The hospital prices paid by privately insured patients aren’t just covering the costs of caring for Medicare patients. These prices are much higher — high enough to generate a generous profit margin for many hospitals.”

ECU Health offered the following statement through Public Relations Manager Brian Wudkwych:
”Providing health care in a vast, rural region is significantly different than urban environments. Eastern North Carolina is an underserved region with disproportionate socio-economic challenges, higher burdens of disease and a high number of community members who depend on Medicaid/Medicare or are uninsured. As a health system with a legal and moral obligation to care for all patients regardless of their ability to pay, ECU Health traditionally operates on thin margins with little or no profit. In fact, the health system realized a negative operating margin in 2022 and lost money due to several challenges, including COVID, rising supply costs and impacts from the national labor shortage of nurses. For FY 2021, ECU Health had more than $125 million in Medicare losses and more than $5 million in Medicaid losses. The health system also provided more than $58 million in charity care and wrote off more than $58 million in bills that could not be paid. Despite the unique challenges of providing care in a rural region, ECU Health continues to innovate and collaborate with partners to meet the needs of the community. We remain steadfast in our commitment to provide the highest quality care possible despite these difficult realities.”

The entire report is available on the North Carolina State Health Plan website and can be downloaded HERE.