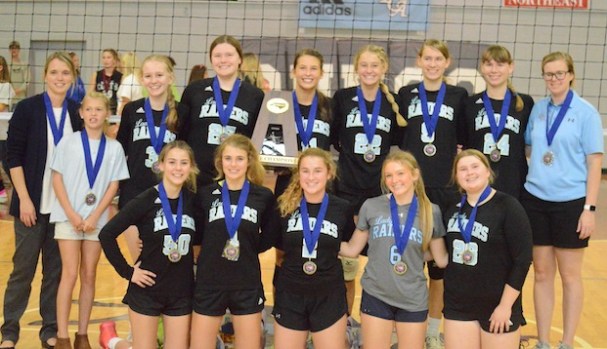 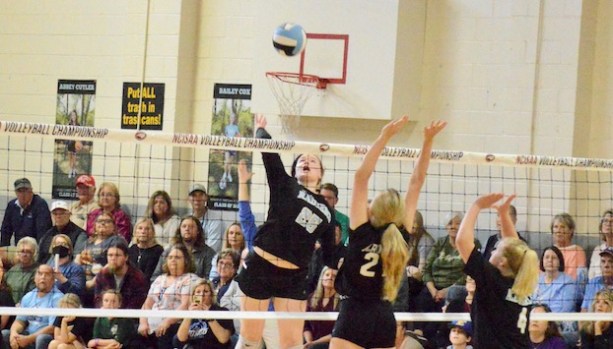 Senior Reagan Stoop added to her program record with another kill against The Albemarle School. (Steve Barnes/Washington Daily News) 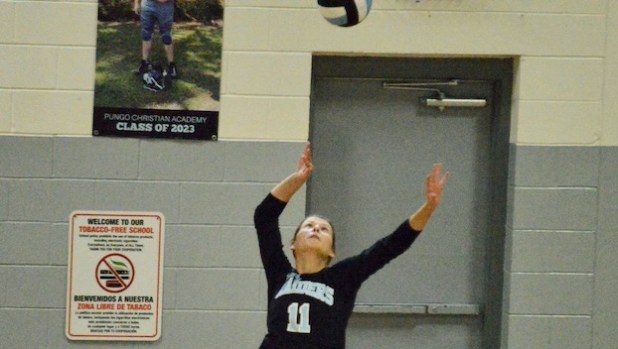 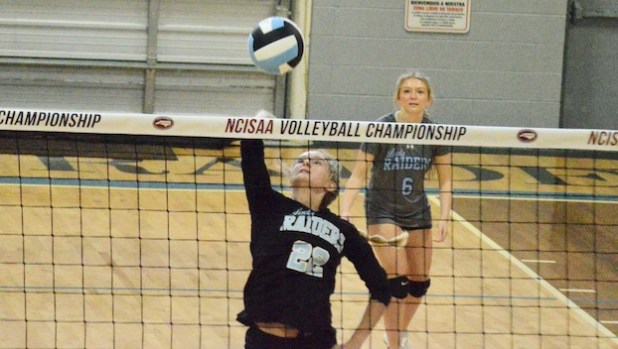 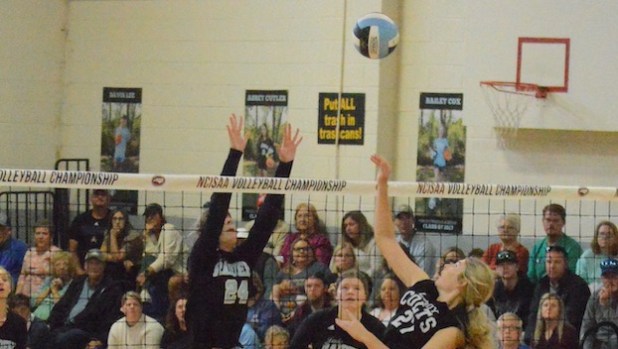 “We know them really well and did a great job of exploiting their soft spots,” coach Melanie Eddleman said. “We knew who to target and executed our own offense very well at the same time.  We had some nerves out there because the girls really wanted to win again. I called a couple of timeouts to remind them to stay calm and play their game.”

“She (Reagan) is our glue on the floor,” Eddleman said. “She keeps us together and everyone really likes playing with her. They expect that she is going to make the kill and in those rare situations where she doesn’t, they move on to the next point.”

Reagan Stoop is the program’s all-time leader with over 1,000 kills in her four-year career and is the four-time TIC player of the year.

“It’s really exciting that we won and there’s a lot of different emotions involved,” she said. “It’s the last match for the seniors and it’s a relief to win because there was pressure to repeat (as champions). Our crowd gave us great energy and that really helped us today.”

Albemarle finished 21-7, with four of the losses to PCA.