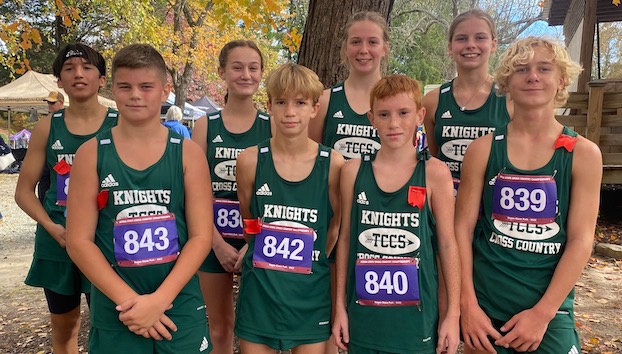 8th-grader Leah Harrison led the Knights girls with a 13th place finish. She covered the hilly 5K course in 25:29, while classmate Ruthie Glass was 16th in 26:09. 7th-grader Lily Meijer finished 27th in 30:10 to complete the scoring. The Oakwood School of Greenville won the 1A girls championship.

Pungo Christian’s Luke Rouse was the only Raider running and finished 12th in the boys race. The sophomore finished the course in 20:25

“I was very pleased with the results from both our teams,” Terra Ceia coach Brandi Cagle said. “It was the first year we had enough girls to qualify as a team and they did great. Leah (Harrison) ran a personal best as did Dustin (Carrow). The boys cut 11 minutes off their total time from last year, which is a big improvement. It’s nice to see everybody’s hard work all season pay off.”