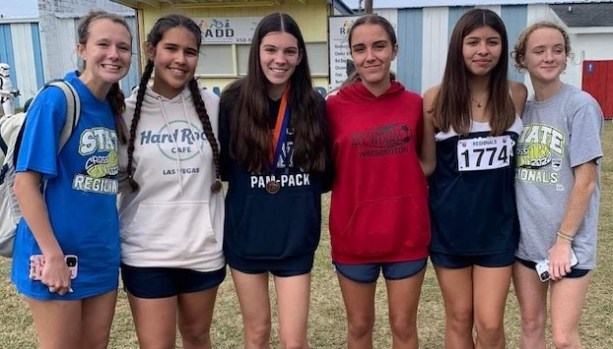 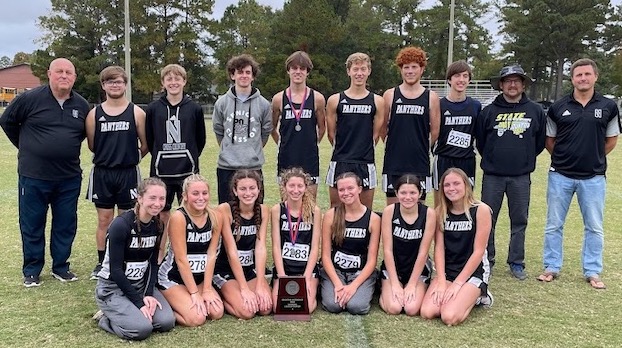 Washington’s girls and both Northside teams will compete in the state cross country meet at the Ivey Redmon Sports Complex in Kernersville Saturday.

“All six have improved so much over the course of the season and have been a fun, positive group to coach,” coach Dawn Landen said. “They know this is their last race and will be itching to get out there and make it happen. It’s also exciting for me to know that all of them will be back next year.”

The Northside girls were second and the boys finished third in the 1A East regional at Pamlico County High School.

“We’re proud that our girls qualified for the state meet in consecutive years for the first time in school history,” coach Ole Robinett said. “Our freshmen girls have improved by over 11 minutes since the season started and boys team are eager to run Saturday.”

Volleyball: Northside’s season ended with a 3-0 loss to third-seeded Perquimans in the second round of the 1A playoffs. The Panthers finished 19-6.

“We were conference co-champs (with Pamlico County) and the JV went undefeated, so we have plenty to be proud of,” coach Michelle Leathers said. “We didn’t play our best against Perquimans and I hated it for our seniors. Our future is bright as we keep our heads high and continue to move forward.”

Washington’s first trip to the 2A playoffs since 2018 ended with a second round 25-19, 25-23, 25-23 loss to conference foe Farmville Central, but not before they saved six match points at East Bladen in the first round. After winning the first two sets, the Pack was on the brink of elimination at 14-10 in the fifth set, but senior Tayajah Windley served the final six points for the program’s first playoff victory since 2016.

“I am so proud of the way they battled not only that match, but all year,” first-year coach Kim Rogers said. “We played our best match against Farmville (of three), but fell short. I’m happy that our seniors had a playoff experience and I wanted them to feel the excitement of the post-season like I did when I played here. They were a huge part of our success and we have some talented underclassmen to keep the momentum going next

Tennis: WHS went 13-4 after a second round loss to Raleigh Charter, which plays for the state title this weekend. The doubles team of senior Katherine Pollock and freshman Addison Gibbs lost 7-5, 6-2 to a Forbush HS duo in the first round of the individual state tournament.