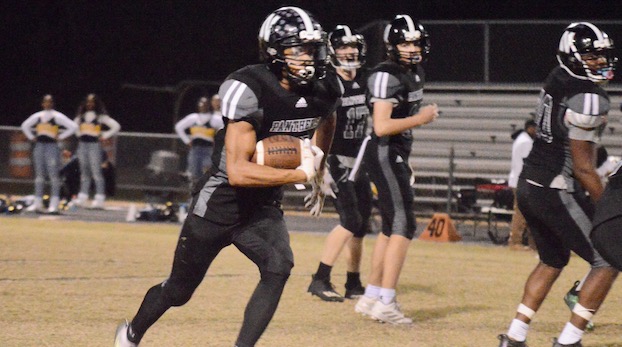 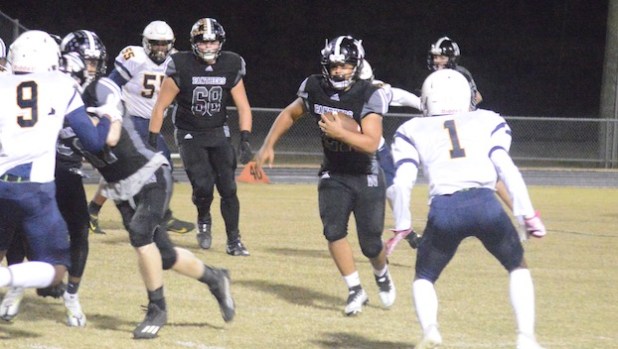 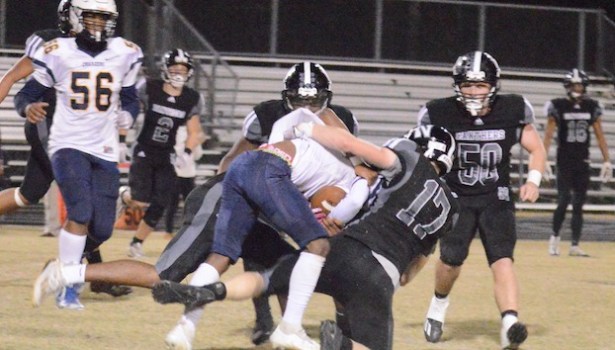 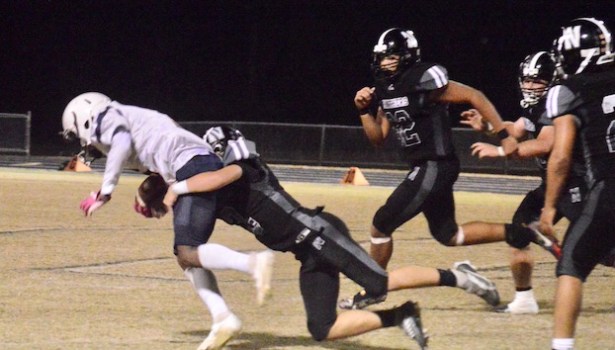 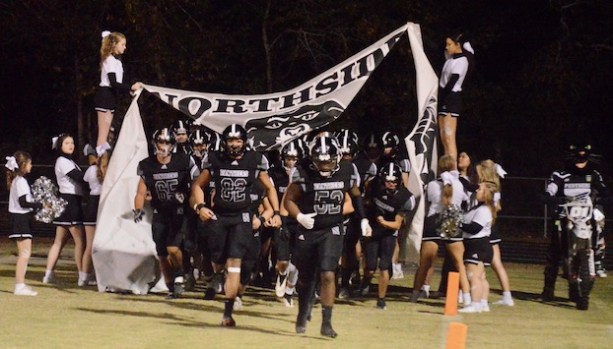 The Panthers take the field for the first round of the 1A state playoffs against Weldon. (Steve Barnes/Washington Daily News)

Six plays into Northside’s first round 1A state playoff game against Weldon, the Panthers had a 14-0 lead and never looked back on the way to a 42-6 victory Friday night at Bing Mitchell Field.

The 13th seeded Panthers (7-4) will travel to fourth-seeded Northampton in next week’s second round after the Raiders manhandled Jones Sr., 68-6 at home Friday.

Weldon fumbled on their first offensive play at their own 36 and Northside needed six plays for fullback Jamie Corprew to score on a two-yard run.

The Chargers (3-7) used a big play on the next series to move to Northside’s four yard line, but he defense held.

Senior Marcus Clayton burst through a tremendous hole for the first play for a 96-yard touchdown run and a 14-0 Northside lead.

“We came out focused and prepared,” coach Keith Boyd said. “Marcus has great speed, which gives us an extra dimension when the defense packs the box. He and Jamie both ran great tonight and our offensive line opened some big holes.”

Clayton added a 35-yard touchdown run early in the second quarter, then intercepted a pass on the next series and took it 95 yards to the endzone for a 28-0 lead.

After the Panther defense forced a punt, Clayton added his fourth touchdown of the half on a 15-yard run for a 35-0 halftime lead.

Corprew broke off an 87-yard scoring run in the third quarter to make it 42-0 before the Chargers scored on a 77 yard pass on the games last play.

“We played hard, matched their intensity and our defense was tremendous,” Boyd said. “It was a good way to start the playoffs.”

Corprew finished with 175 yards on 10 carries and two touchdowns, while Clayton had 171 on eight carries and scored four times. Northside ran 31 plays that gained 445 yards, 430 rushing.