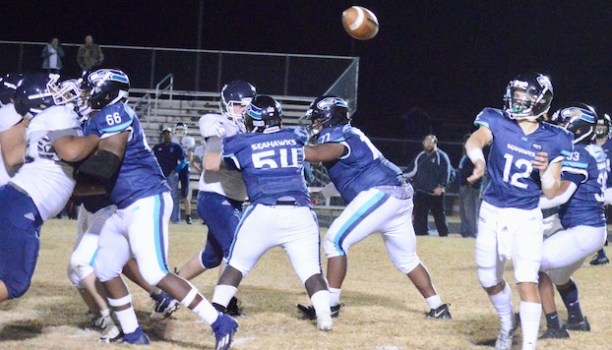 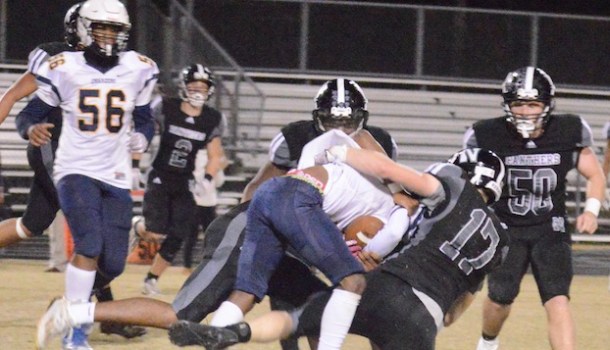 The two Beaufort County schools still alive in the football state playoffs will play a day earlier than planned because of heavy rain in Friday’s forecast.

The Panthers posted 430 rushing yards on just 30 attempts in a 42-6 first round rout of Weldon at home. Senior Marcus Clayton ran for 171 yards and scored four touchdowns, including one on a 95 yard interception return and junior fullback Jamie Corprew gained 175 yards and scored twice.

The stingy Northside defense held the Chargers to two first downs in the first half and had a shutout going until the games’ final play.

Meanwhile the Jaguars routed Jones Sr., 66-14, led by senior quarterback Anthony Harding, who has accounted for over 1,500 yards rushing and passing and 26 touchdowns.

“They will make us cover sideline to sideline, which will be a challenge,” Northside coach Keith Boyd said. “They can run it right at you and they can also spread you out and throw it. They are big and athletic and we will definitely have to bring our A game.”

The Panthers rely on their running game and Boyd said his offensive lineman have returned to good health.

“We have enough of them back to run the ball effectively, which is what we do,” Boyd said. “We’ve seen about every defensive front out there, so our guys need to be ready to do their job.”

The winner plays the (5) West Columbus-(21) Washington County winner in the third round.

Rocky Mount Prep was supposed to face Southside in the first round, but forfeited after failing to file their opt-out paperwork on time.

“They have a high octane offense that can put up points quickly,” said Southside coach Jeff Carrow. “They throw it 60 percent of the time and are similar to Riverside. We need to mix up our coverages and get some pressure on their quarterback. Our job is to run the ball effectively to control the clock to keep their offense off the field.”

“We had a good week of practice last week and used the time to heal up a little and add a few wrinkles. Our kids are excited to get started in the playoffs.”