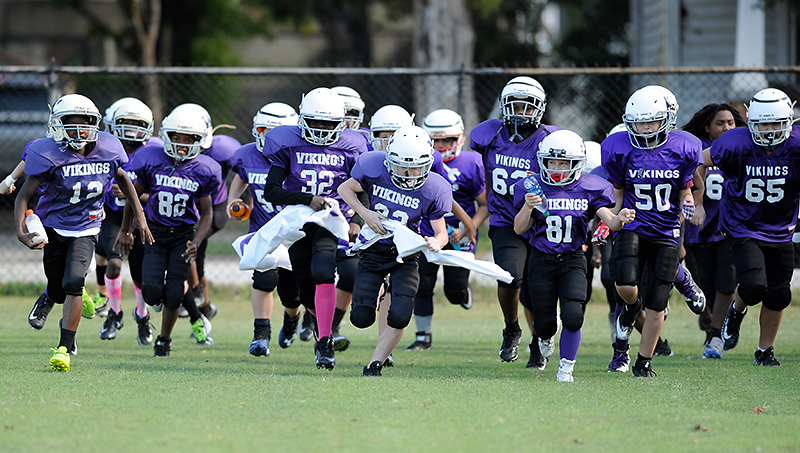 Pam Pack, Seahawk and Panther prospects will get a glimpse of their future Saturday as the Washington Youth Football League holds championship games in four age divisions Saturday at Wagner Stadium on the Washington High School campus.

Washington made it to the title game in all four divisions as the Washington Grey takes on Washington blue in the 6u Flag game at 9 a.m. that starts the quadruple header.

The 8u tackle game at 10:30 pits top-seeded Washington against #2 Greenville, while Washington and Greenville also square off in the 10u game at 12:30 and the 12u contest that starts at 2:30.

Admission is free, but organizers are asking for a $2 donation per person at the gate to help with the leagues operating costs.

“We’ve had a great year with all our teams,” WYFL president Billy Respess said. “Hopefully, we can bring home championships in all four divisions.”