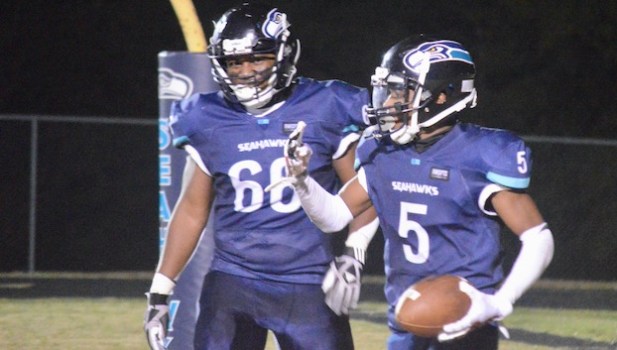 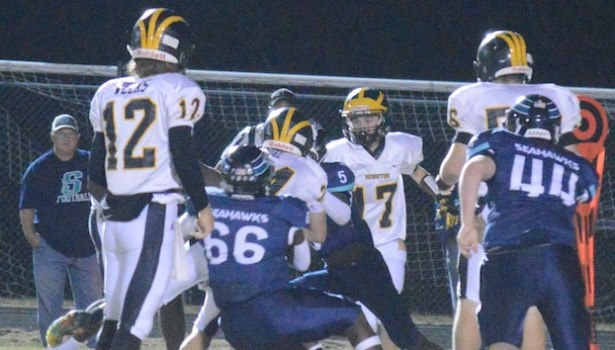 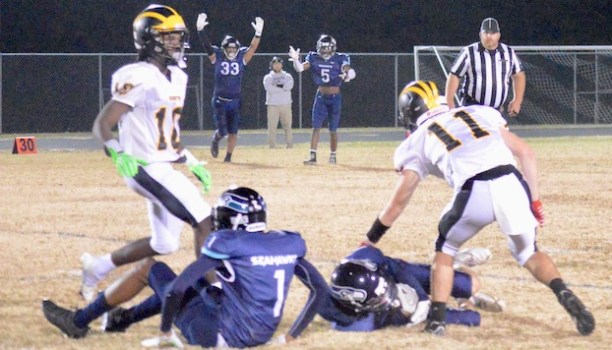 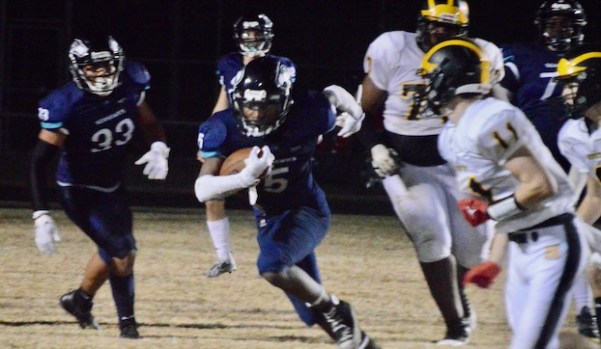 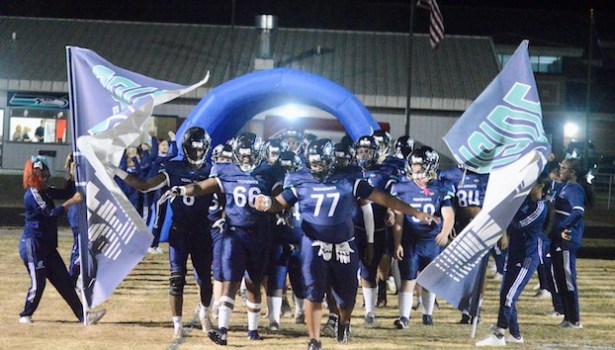 Darren Joyner (8), Xavier Ham (66) and Elijah Baldwin (77) lead the Seahawks onto the field for their second round playoff game against Hobbton. (Steve Barnes/Washington daily News)

Beaufort County high school football fans will have to wait until August to hear the pads pop and the whistles tweet after Northside and Southside lost in the second round of the 1A playoffs Thursday night.

Northside (7-5) led twice in the first half, but trailed 20-14 at halftime, then gave up the final touchdown to trail 28-14 early in the fourth quarter. Fullback Jamie Corprew scored with under a minute to play for the final margin.

The Jaguars (10-2) held the Panthers to under 100 yards rushing, while quarterback Hunter Chrismon completed four passes for 85 yards.

Junior Tequon (Tater) Moore scored all five Seahawks touchdowns, including a 99-yard burst for the first score after the defense held on fourth down from the one-yard line.

“He was outstanding for us tonight,” coach Jeff Carrow said. “It was a back and forth high school playoff game and they made one more play than we did at the end.”

That one play came after Moore capped a 52-yard drive with a one-yard scoring run to tie the game 34-34, right after Hobbton (10-2) scored to take the lead.

The Wildcats stopped the Seahawks two-point try, then returned the ensuing kickoff 82 yards for the eventual winning touchdown with 1:30 left.

“We missed a tackle at the wrong time,” Carrow said. “We battling to the end and I’m proud of the way we competed. I hate it for our seniors because they’ve led this team with passion and heart all season.”