Housing Authority has new director; Leaders say he is the best choice for the job 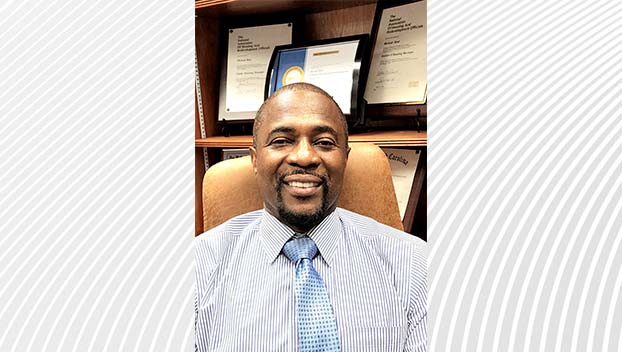 “BEST” CHOICE Washington’s new Housing Authority director, Michael Best, has been on the job for just over a month. During an interview with The Washington Daily News this week, Best said his “to do” list is long, his hopes are high, and that, unlike many organizations where, once hired, “the honeymoon period is short…this relationship is very genuine. We have a shared vision of the future community and a good, strong relationship with the city.”

Hopes have been high at the Washington Housing Authority since the recent arrival of Michael Best, who was hired just over a month ago as the authority’s new Executive Director.

Best, who was born and raised in New Bern, has spent most of his professional career in and around the real estate and public housing arenas. He was hired here after spending 33 years with the Greenville Housing Authority, where he served as Director of Neighborhood Services for eight years, was promoted to Assistant Executive Director in 1997, became Acting Executive Director in 2001 and, since 2003, has been Deputy Executive Director and Chief Operating Officer in Greenville.

Best is also a veteran, having served in the Army from 1986 to 2014 in positions including senior lead accountant, computer instructor, and several military police assignments both stateside and abroad. His foreign location service included posts in Bosnia, Germany, Korea, Kosovo, and Afghanistan, where he completed a third assignment as Military Police Battalion Executive Director. He enlisted as a Private and retired at the rank of Major.

Alice Sadler, former chairperson of the Housing Authority’s board of commissioners, who was part of the search committee that chose Best, said that he “checked of all the boxes regarding his experience in housing development. The field of applicants that included candidates from as far away as Puerto Rico and as close as the Washington Housing Authority offices. “He made it clear that he’s someone who will help grow and cross-train our staff, promote from within, and who wants the staff andour city’s housing residents – to grow.

Sadler said Best is a team builder and “has a track record that also is huge. He has already found resources we didn’t know were available for our tenants,” she said. One of his first acts as housing director was to interview every staff member working there, regarding their opinions – positive and negative – about the authority, as well as their personal goals and suggestions for improvements at Washington Housing Authority. Best will also benefit from the search committee’s decision to poll the entire staff. An anonymous survey was used to collect their opinions, suggestions, and hopes for Washington’s Housing Authority – as landlord, employer, and community partner.

During an interview this week, Best said that his experience as a licensed general contractor, home inspector, and realtor – all for the last 20-plus years – gives him a “different perspective” than most housing authority directors.  “I have always been fascinated with housing,” he said, adding that he sees his job as an “outreach opportunity to give back” in this job, very much like the days when he served as a coach for local housing authority baseball and basketball teams.

The team approach is something Best takes seriously. “My intent is to open the door wider, for our employees and for all organizations related to housing. I can’t make it effective on my own. This is not about one person. The staff and our stakeholders in the community are essential components of a good housing authority.” He stressed that the “commitment of our staff and board will help us create a vision of community here – not just housing.”

Sadler said that’s exactly what the search committee was looking for. “We’re tired of being a training ground for other housing authorities … tired of hiring a housing executive with limited experience who will eventually take that experience and go elsewhere else. Having someone who is invested in this area is huge.”