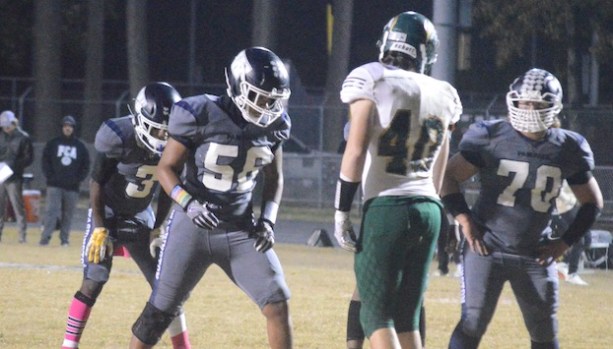 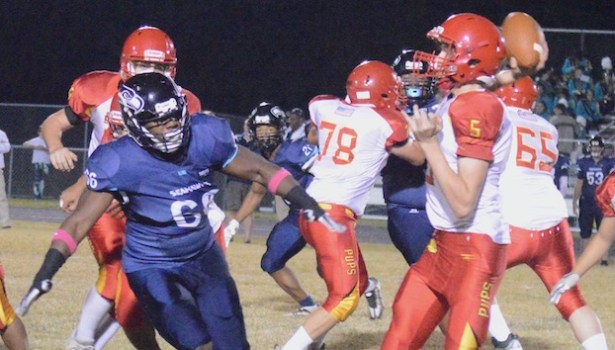 Washington offensive lineman Myles Jackson and Southside defensive lineman Xavier Ham have been chosen to the east roster for the second 252-919 senior all-star football game next month in Greenville.

Jackson, who started his career at center, also played guard and tight end for WHS this fall, in addition to seeing time on the defensive line.

“There were a lot of talented offensive linemen to choose from, but Myles was a no-brainer,” Owens said. “He has been our anchor on the o-line the last three years and he represents WHS very well on the field and in the classroom. He can play center, guard or tackle and can also long snap. I’m super excited that he’s getting some well-deserved recognition.”

Jackson and Ham are among 40 players from 26 schools from all four classifications around the east. J.H. Rose led the selections with four players, while Havelock, Northeastern and New Bern had three.

“I feel a strong connection in trying to create exposure for kids from the 252 area code,” Owens said. “This game helps because there will be many college coaches there for the game and during practice that week. Hopefully, they will see we have talented players in our area.”

Ham plays on both sides of the ball for Southside and was moved to linebacker during the regular season. He’s helped the Seahawks to an 8-3 record and a trip to the third round of the state playoffs.

“All of Seahawk Nation is extremely proud of Xavier for being selected as a 252 All-Star,” said coach Jeff Carrow.  “He deserves it because he’s a leader on and off the field. He been a captain for two years and has played great on both sides of the ball. We are also very proud of Coach Q for being selected to serve as an assistant coach.”

Other members of the coaching staff include Will Bland of J.H. Rose, Nate Conner of D.H. Conley and Northampton County’s George Privott.