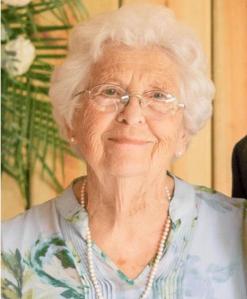 A funeral will be held at St. Thomas Episcopal Church in Bath, NC, on Wednesday, November 16, 2022 at 11:00 am. The family will receive friends following the service in the Noe Building and at other times at her home.

Mary Anne was born on November 6, 1931, in Eden, NC, in Rockingham County to William Fulton Dallas and Evelyn Virginia Brown Dallas.
She graduated from East Carolina College where she met the love of her life, William (Bill) Newton Howard. After they married, they settled in Greenville and raised their three children: William (Busta) N. Howard, Jr; Victoria Howard Bell and husband, Kevin; and Maria Howard Ore.

After Bill retired, they moved to Bath, NC. Bill passed away in 2006.

Mary Anne lived a full and happy life both in Greenville and in Bath.

Mary Anne was preceded in death by her parents, husband, son, and brother, John F. Dallas.

She is survived by her daughters and her son-in-law, by her grandchildren Margaret Jennette Jernigan and husband, Dustin, William Walker Jennette and wife, Karson and by her great-granddaughter, Madison Elizabeth Jernigan. She is also survived by her brother, David W. Dallas and wife, Amelia, and sister-in-law, Genola Dallas, as well as by several nieces and nephews.

The family would like to thank her healthcare team from Community Home Health and Hospice, as well as her caregivers Jackie, Wanda, Dee, Sheila, and Andrea.