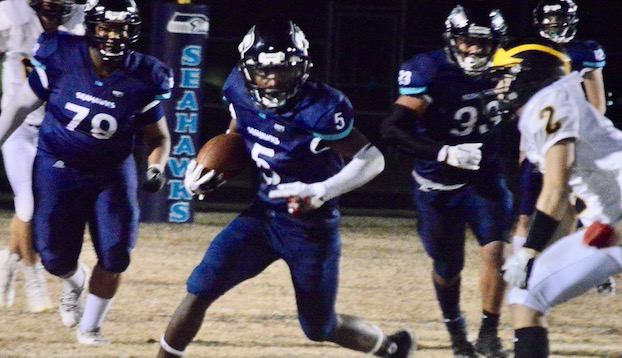 Southside junior Tequon (Tater) Moore did everything he could to keep the Seahawks season alive, but it was not to be. Hobbton prevailed, 42-35, in Thursday’s second round 1A state playoff game despite five touchdowns from Moore. Northside’s season ended as well, 28-20 at Northampton.

Moore had 312 all-purpose yards, including 174 of Southside’s 184 yards rushing, 39 yards receiving and 102 return yards. He accounted for 223 of Southside’s 308 yards and found time to make four tackles on defense.