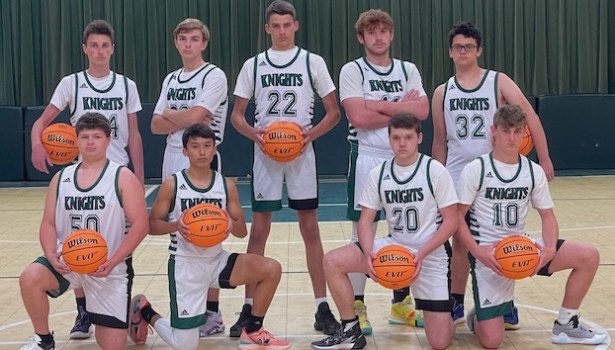 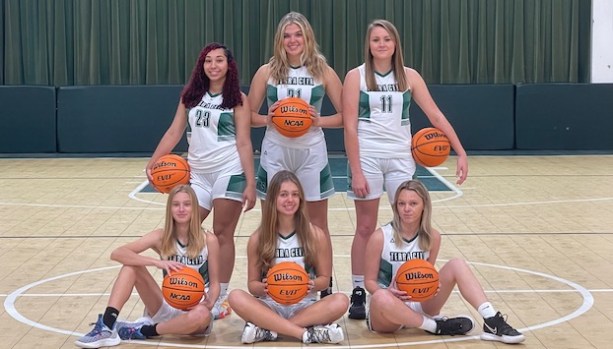 The Terra Ceia varsity boys’ basketball team has nothing but victory on its minds for the 2022-23 season. Every basketball team needs confidence and determination to achieve their goals. The Knights do not lack either. As this new and improved team enters the season, they look to be better in all categories. Led by two new coaches this year, head coach Mark Cagle and his assistant, Hunter Mebane, the Knights have a plan to guide this team in the right direction. In fact, Cagle said, “My goals are to improve throughout the year and to go undefeated with a conference championship.”

20 games lie ahead of the Knights this season, including nine home contests. With many new additions, TCCS has all the pieces necessary to achieve greatness. Up and coming freshman guard, Ryan Ange, said, “I feel like I’ve improved a lot from last year. I feel like a whole different player, and I look to contribute to my team to help them win.”

With only nine players on the team, it is critical that each player does his job. Many of them played JV last year and plan on bringing their talent and knowledge to the bigger stage. On paper this team may seem young, but nothing is holding them back from accomplishing what they have set out to achieve.

“I don’t see our team as young because we are practicing beyond our years. Basketball is my favorite sport,” Cagle said, “It’s been a blessing to see the team grasp the ideas and concepts that have been laid out for them. I’m just excited to be coaching basketball again.”

The Lady Knights are also pumping up for the season. After last season’s many victories and arduous work, the Terra Ceia Christian School girls’ basketball team decided they were not going to give up there, so this upcoming season will be one to watch.

The girls’ head coach, John Wynne, and assistant coaches David Elliott and Rebecca Williams have great confidence in their team and have set the following goals, “We are focusing on teamwork, fundamentals, having fun, and good sportsmanship.” Wynne said.

When asked about the lack of depth on the bench, they did not see it an obstacle that could not be overcome. “Not at all,” Wynne said.  “The only struggle would be the small size of the team, but even with that, we know our girls will battle hard.”

The boys open the season Thursday against Halifax Academy in the Pungo Christian Academy Showcase, while the girls play Christ Covenant of Winterville Friday at PCA.

Upcoming games to look forward to for both boys and girls will be Terra Ceia versus Pungo Christian Academy and Lawrence Academy. Get your game chairs ready, put your loud voices on and prepare to cheer on the Knights.