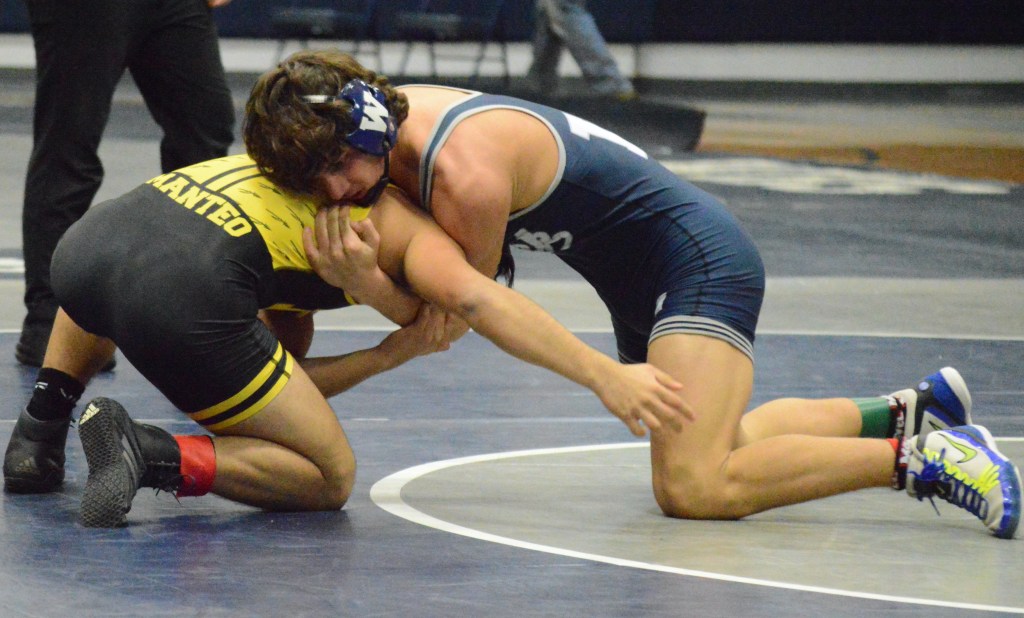 Bryant Smith is one of three juniors who qualified for the 2A individual state meet in 2021. (Steve Barnes/Washington Daily News)

It’s rare when youth and experience are mentioned together, but the Washington High School wrestling team has both as the season opens Wednesday night at home.

Bunn, D.H. Conley and West Carteret will join the Pack for a 5:30 quad match. WHS and Bunn square off in the first match after meeting in Washington’s last match of 2022.

Ninth-year head coach Chris Penhollow returns three juniors who qualified for the 2A individual state tournament last year and helped the Pack to the Eastern semi-finals in the team competition, where they lost at Bunn.

However, for the first time as the WHS coach, Penhollow doesn’t have any seniors.

“I told my team mom the other day that this is the first time I won’t have to worry about senior night,” Penhollow quipped. “It’s always a stressful evening in making sure everything goes right for the seniors and their parents. It’s a definite change this year, but I’ve told our juniors it’s their job to step up and lead the team.”

“They all went to the team camp at N.C. St. this summer and some went to Pennsylvania for another camp, so they’ve been working hard,” Penhollow said. “Christian has gained 20 pounds since his freshman year and Bryant is a high energy guy who will be ready to go. We’re excited to get started.”

Penhollow said sophomore Gabe Davis (195), juniors Walker Heath (220), who is back from foot surgery, and Wyatt Campbell have improved and several freshmen have a chance to make an impact.

“Landon Brame, Tate Tucker, David Messa, Gabe Forman, Trenton Baldree and Cooper Johnson will start for us,” he said. “These guys came up through the club and middle school program and have a chance to help us early.”

“We don’t talk about it much, but these guys don’t want to be the ones to end the streak,” Penhollow said. “It will be good to get a look at Bunn, since neither of us lost many seniors. Conley and the other non-conference teams prepare us for the post-season. Our goal is always to make it to the state finals as a team. We’ve had great practices to start the season and this group does have potential.”