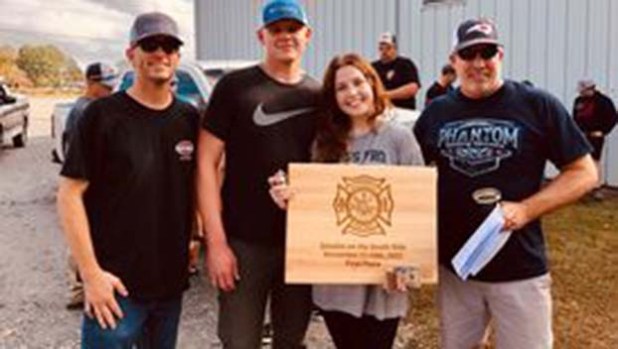 Shayna Bowers may still be smiling wide today, basking in the glow of what event organizer Evan “Tiny” Woolard called an “upset win” for the relative newcomer. She took first place in a field of almost 20 competitors, all of whom had more experience than she did last week. From left to right: friend Bruce Lee, team member Josh Dea, chief cook Shayna Bowers, and her father Wesley Bowers. Missing from the photo is team member Mason Lee. Photo courtesy of Shayna Bowers and team "Chop it Like It's Hot" 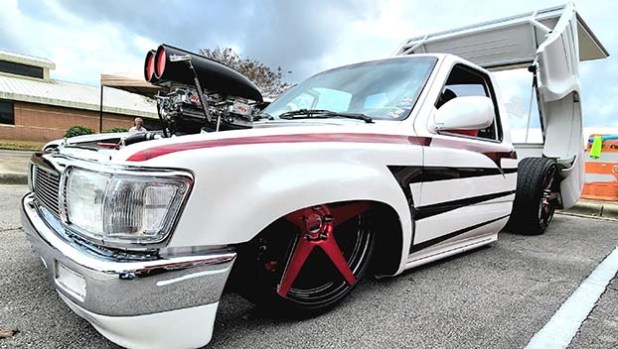 NO FOOD ALLOWED This pristine 1990 Toyota pickup, owned by Garner resident Marty Sanderson, has had the full treatment. Features include a 355 horsepower Chevy V-8 engine, custom chassis, windshield, grill and headlights, a tilt bed, stainless exhaust, bench seat and glass bed – not to mention the benefit of jealous stares as he drives to and from car shows. (Karen Thiel/WDN) 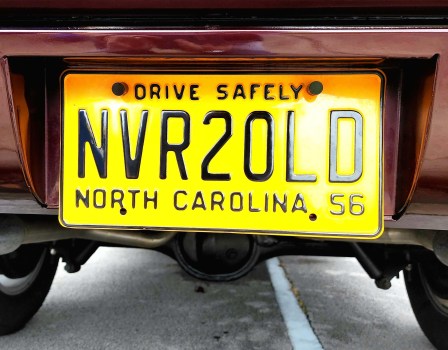 Motor vehicle fans span all age ranges, which was obvious not only by the variety of people who showed up for last weekend’s car show at Southside High School, but by this metallic “editorial” on the license plate of a car owner who is secure in his opinion that you’re “never too old” to appreciate a screamin’ good set of wheels. (Karen/WDN) 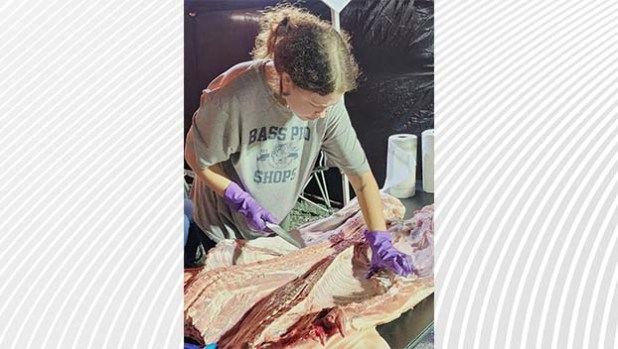 This BBQ contest newcomer, Shayna Bowers, is 100% concentration, which served her well once she received a 117-pound hog, her first ever, at the start of this year’s “Smokin’ on the South Side” competition. This was her fourth BBQ event, and Bowers took first place in a field of almost 20 BBQ veterans. The annual contest is a fundraiser for the Chocowinity Volunteer Fire Department, and serves as the unofficial beginning of Christmas season in Chocowinity. (Karen Thiel/WDN) 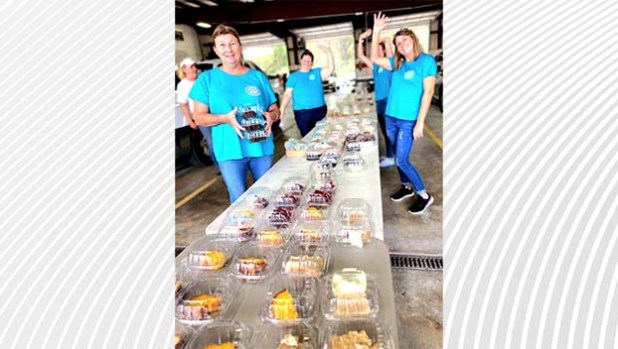 Members of the fire department’s ladies’ auxiliary spent hundreds of hours baking all kinds of cookies, brownies, pies, and cupcakes – not to mention cakes in nine flavors including apple spice, carrot, chocolate, coconut, German chocolate, Hershey bar, honey bun, lemon and strawberry. Auxiliary members include Margaret Pendley and Gail Rossi at left, as well as Tanya Avery at right, with Lucille Herman behind her. (Karen Thiel/WDN) 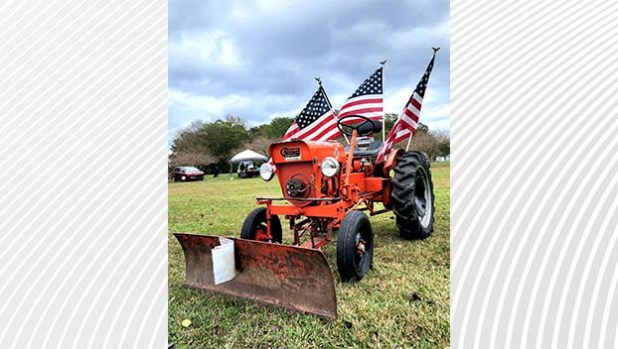 FAMILY TRADITION Southside band director James E. Mauser Jr may have received more attention for his vintage tractor – given to him by his dad – than the concerts and other musical events he leads at Southside High School. (Karen Thiel/WDN) 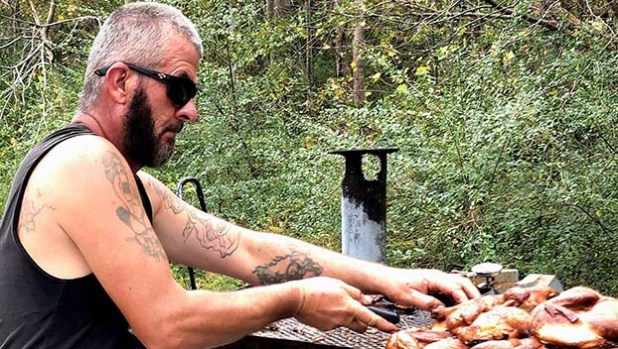 Tommy Pendley is chief of the Chocowinity Volunteer Fire Department but, when “Smokin’ on the South Side” is in process, he counts himself as simply one of a very enthusiastic group of firefighters. Along with family members and friends, this group of volunteers make their annual tradition a success. Funds from sales of BBQ pork and chicken, as well as baked goods, are used to help pay for the department’s needs in the year to come. (Karen Thiel/WDN)

Spirits were high all over town last weekend, as Chocowinity residents – and folks from several other counties – chose between Eastern North Carolina BBQ at Chocowinity Volunteer Fire Department or a wide variety of classic and “creative” cars on display at Southside High School. The double dip of taste and creativity is considered the traditional start of Chocowinity’s holiday season, followed quickly by the town’s celebrated Christmas Parade and Expo, which will be held next Saturday.

Other than the opportunity to buy BBQ pork or chicken plates – and BBQ by the pound – the annual competition ended on a surprise note when newcomer Shayna Bowers of Washington took first place in a field that included BBQ competitors who have been competing for decades. The daughter of seasoned BBQ competitor Wesley Bowers, the 21-year-old was joined by team members Josh Deal and Mason Lea, all of whom worked from Friday night to Saturday morning to earn their bragging rights – as well as a commemorative winners’ plaque, prize money, and congratulatory “attagirl” greetings from virtually every other competitor, all of whom were significantly more experienced in the craft.

Proceeds from sales of the BBQ plates and one-pound BBQ containers will supplement the 2023 budget of the Chocowinity Volunteer Fire Department. Also planned for that crew is a pancake breakfast, to be held next Saturday, before this year’s Christmas parade and expo begin at the middle school and fire house.

While BBQ fans were competing – or buying the results of all that loving effort – cars trucks and farm equipment of all types were being appreciated at Southside High School. A fundraiser for the school’s chapter of Future Farmers of America, the event featured vehicles that included the highly customized, lovingly restored, theme painted and beloved family traditions that belonged to joyously obsessed vehicle fanatics from all over the state and right down the street. One of them literally came from down the street,: the 1971 Economy brand “Power King” tractor belongs  to Southside band director James E. Mauser. It was passed down to him from his dad, who used it in the traditional manner “for cutting grass and plowing snow in Pennsylvania” until his son brought it to North Carolina in 2021.

Information regarding these or next week’s events may be found by calling the front office of Southside High School at 252-940-1881 regarding FFA or other events; Chocowinity Volunteer Fire Department’s Chief Tommy Pendley at 252-946-6559 regarding the parade or the BBQ event; and Ladies’ Auxiliary president Tonya Avery at 252-495-1102 regarding the Expo.