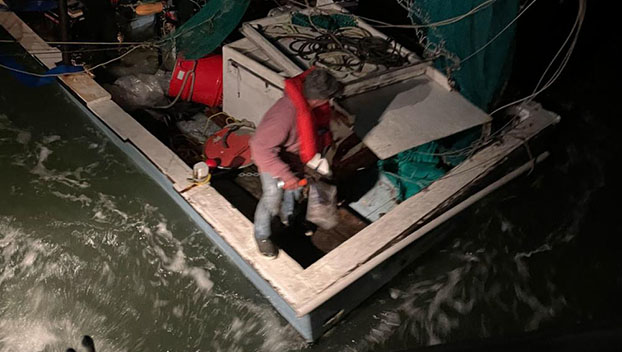 A Coast Guard Station Hatteras Inlet 47-foot Motor Lifeboat responded and passed over a P-6 pump to assist with dewatering. The mariners were unable to operate the pump so a Coast Guard member embarked the vessel to help. Once aboard the member explained how to prime the pump then disembarked. Approximately ten minutes later the vessel began sinking and the two mariners abandoned ship.

Both members were recovered from the water with no reported injuries and taken to Station Hatteras Inlet.