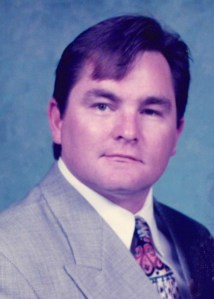 A funeral service will be held at 12:00 PM Friday, November 25, 2022, in the Chapel of Paul Funeral Home & Crematory and will be officiated by Joey Brickhouse. The family will receive friends one hour prior to the service and other times at the home. Burial will follow at Oakdale Cemetery. Pallbearers will be Ray Barber, Tex Melton, Victor Van Nortwick, James H. Rasberry, RC Cole, and Garrett Potter.

Mr. Murray was born May 15, 1959, in Providence, RI, the son of Richard Wesley Murray, Sr. and Jeanette Dunlow Murray. He was a graduate of Williamston High School. He served in the Navy as a Data Display Equipment Technician. He worked as a Stationary Engineer at Thermo Fisher in Greenville. On December 31, 1993, he married the former Kim Alligood, who survives. Mr. Murray was an outdoor person who enjoyed hunting, fishing, and camping. He also enjoyed scuba diving and was a member of a ski club. He attended Macedonia Christian Church and First Christian Church.

He is preceded in death by his mother, Jeanette Dunlow Murray.

Memorial contributions may be made to the Parkinson Association of the Carolinas, 2101 Sardis Road North, Box 15, Charlotte, NC 28227.

Paul Funeral Home & Crematory of Washington is honored to serve the Murray family.