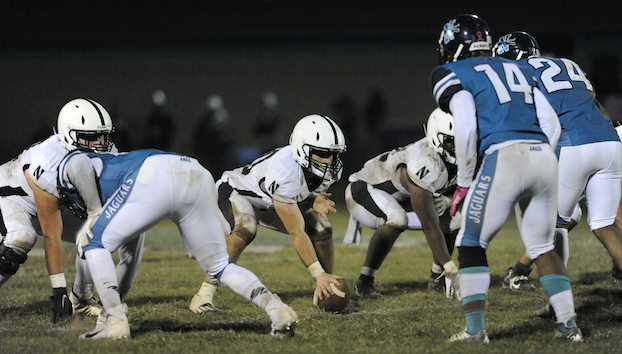 Running back Marcus Clayton, linebacker Carson Clinkscales and defensive lineman Elijah Holloway also made the first team, while fullback/linebacker Jamie Corprew made the second team at both positions.

“The thing I will remember most about all these guys is the way they kept us upbeat and confident with all the adversity we faced this year,” Boyd said. “We dealt with broken arms, collarbones, knee problems, concussions and sickness, which caused several key guys to miss a number of games.

This was a very coachable group who adapted to position changes or whatever we threw at them to keep performing at a high level. This was my toughest season with injuries and illness and our record was as good as it was because this group kept working and put themselves in position to be successful.”

The Panthers finished 7-5, with the losses by an average of six points, and made it to the second round of the 1A playoffs.

Clayton, a senior, finished with 1003 yards rushing and 17 touchdowns despite missing three games, while Corprew had 832 yards and scored nine times.

The offensive line opened enough holes that the Panthers averaged just under 290 yards a game on the ground.

Gus Vansant, a junior, also led Northside with 89 tackles at linebacker, while O’Neal, a senior, and sophomore Max Vansant were tied for second.

Seniors Clinkscales, Holloway and Roberts combined for 102 tackles, 25 for a loss.

Southside will announced its All-Conference selections in mid-January.