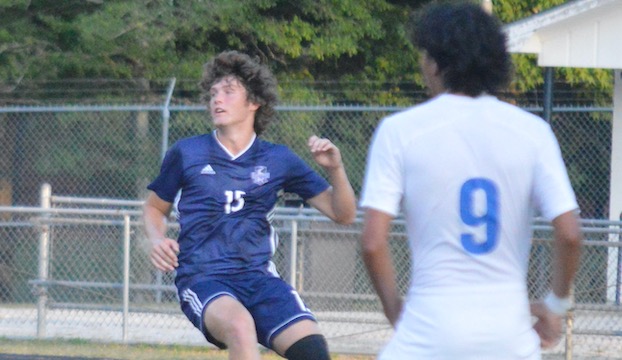 Apple anchored a back line that allowed just four goals in 12 conference games this fall and 24 overall as the Pack went 18-5 and made it to the second round of the 2A state playoffs, where they lost to the eventual East champion and state-runner up Clinton Dark Horses.

“Our opponents can’t win if they can’t score,” coach Jim Kozuch said. “Reid and the rest of the defense really took that to heart this season and that was a huge part of our success. I think he was the best defender in the East regardless of classification. It’s rare for a defender to win player of the year, but he earned. He played under control, was very consistent and tried to win every ball up for grabs.”

The Pack defense posted nine shutouts during an 11-1 league season. Co-champion Greene Central scored twice, while SouthWest Edgecombe and West Craven scored once as WHS earned a share of the conference title.

“All of those guys were very consistent and passed the ball well,” Kozuch said. “Passing is a valuable, but sometimes overlooked skill, because it starts our offense.”

“Luke was our captain and vocal leader,” Kozuch said. “He did a great job leading our attack. Connor had excellent footwork and controlled the ball very well. Ivan has a good soccer IQ and could play defense as well. I used Edgar (Quevado) on offense and defense because he wasn’t scared to shoot and could do about anything we needed on the field. I’m really proud of all of them and appreciate their effort.”