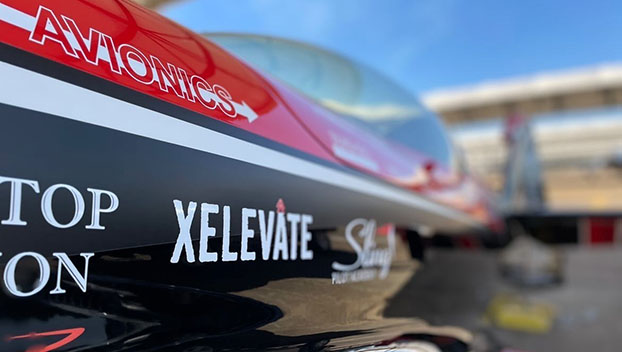 Washington, N.C. – The Xelevate Unmanned Systems Center of Excellence has announced its partnership with the North Carolina Department of Transportation’s Division of Aviation, becoming the newest member of the Federal Aviation Administration’s BEYOND team.

Under this designation, Xelevate enhances its leadership in unmanned testing and demonstration, helping to usher in the widespread use of drones for government and commercial use.

“It is an honor to partner with such a forward-leaning entity as NCDOT Aviation,” Xelevate President and Co-Founder Marcy Eisenberg said. “It was clear from our first meeting that North Carolina is not only ‘First in Flight,’ but is dedicated to continuing its legacy with cutting-edge aviation practices. NCDOT Aviation has been incredibly supportive in helping Xelevate facilitate additional aviation ‘firsts’ in North Carolina.”

Launched in October 2020, BEYOND is an evolution of the FAA’s three‐year Unmanned Aircraft Systems Integration Pilot Program, in which NCDOT played a leading role, posting national firsts in commercial package delivery, construction inspections, and food and retail delivery.

NCDOT is one of eight teams that continued its partnership with FAA into the BEYOND program. Xelevate is the newest of 15 companies collaborating with NCDOT Aviation to pave the way for routine commercial and government drone use in the National Airspace System.

This announcement comes on the heels of Xelevate and the Washington-Warren Airport partnering to create the first Drone-Smart airport on the East Coast, a commercial co-location facility for both airplanes and scalable, safe unmanned flight operations.

Becoming one of the first facilities of its kind in the United States solves an industry capability gap and provides a proof-of-concept for safe integration into the National Airspace System.

“Located strategically at the confluence of the Tar and Pamlico rivers, near a series of government and commercial operating areas, Washington, N.C., is ideally positioned for the fusion of air, land, and sea emerging technology,” Washington-Warren Airport Director Earl Malpass said. “Our Airport Authority chose to partner with Xelevate for its extensive industry expertise and access to personnel, military, national defense, academia, aviators, and maritime operators. Together, we can help define the next horizon in unmanned technology.”

The Washington-Warren Airport is uniquely positioned for innovation in the UAS space, offering more than 600 acres of uncontrolled airspace, two runways of at least 5,000 feet, access to water, and proximity to government installations.
Together with OCW, Xelevate plans to assist NCDOT in the BEYOND program, tackling the remaining challenges of drone integration in a series of concentrated ways.
OCW provides an ideal location to conduct cutting-edge Beyond Visual Line of Sight flight operations. Together with OCW, NCDOT/Aviation, and FAA, Xelevate will build repeatable, scalable and economically viable BVLOS flight operations in North Carolina. Some of the BVLOS operational focus will be on infrastructure inspection, emergency management, public operations, and small package delivery.

Once unlocked, BVLOS can provide a wealth of economic and societal benefits for North Carolina and beyond, including:
•Emergency management support to hurricane and weather-affected areas;
•Revolutionizing flight operations within and around airport facilities;
•Establishing safe air corridors over Pamlico Sound and surrounding areas, for the purposes of public safety and emergency management;
•The ability for safe civilian and military flight environment to be coupled with multi-domain (manned and unmanned), as well as maritime operations;
•Support of public safety and emergency response operations.
Working with its partners, Xelevate will assist in developing industry operations that better measure the societal and economic benefits of UAS operation.

“The local amenities in Eastern North Carolina are perfectly poised for safe BVLOS flight operations,” Marcy Eisenberg explained. “From vast bodies of water to less densely populated areas, to an incredible aviation support system, there is unmatched opportunity for entities to capitalize on the BVLOS ecosystem that Xelevate is establishing with NCDOT Aviation and OCW.”

Because BVLOS is a new horizon for drone operations, Xelevate will collaborate with its partners to engage with the local community, including requests for flight operations and helping to educate and spread cultural awareness of UAS flight operations.

The event will feature drone flight demonstrations in the morning, with a traditional airshow in the afternoon, headlined by aerobatic champions Hubie Tolson, as well as the current, reigning 11-time aerobatic champion, Rob Holland. Partnership opportunities are available.

The event is open to the public and will showcase the safe, fun, beneficial integration of drone technology in the national airspace and the local community.

The Air and Drone Show will also hold an information session for government and industry partners, to learn how entities can gain past performance in flight operations at OCW and throughout Eastern North Carolina.

Registration for the event is free, and can be completed at: https://flykocw.com/event/1163/.