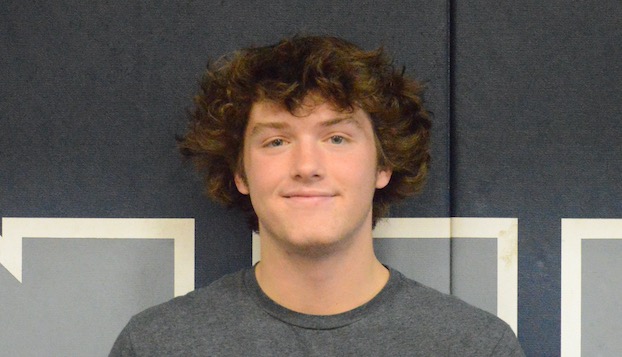 Washington native Reid Apple started playing soccer and baseball in the city youth leagues when he was five years old and has continued through his senior year at Washington High School. He’s a National Honor Society member and the Eastern Plains Conference coaches chose him as the league’s Player of the Year, a rare honor for a defenseman.

Reid: I was surprised and happy because an offensive player usually wins that award. I think it’s more of an award for our entire defense, not just me. We only gave up four goals in conference games and we all had to work together to do that. This awards belongs as much to our goalie and other defenders as it does to me.

Reid: Learning to communicate effectively with the other defensemen and the goalie. We have to tell each other who is guarding the guy with the ball and who is back to protect the goalie. We also have to communicate who is open for the other team, so they don’t get an open shot on goal. We also have to recognize who is open on our team and try to pass it to them and not just boot it down the field. A good first pass can lead to a scoring opportunity.

Reid: Yes. I was pulling for the United States team until they lost and now, I like France. I thought the Americans did well and they have a lot of young guys.  It’s fun to watch the very best players in the world and well they space the field and how good the passing is.

Reid: Coach (Will) Tyson has things set up really well for us, so I’m looking forward to it. I played center field until last year when they moved me to third base, so I’ll be more comfortable there this year. We have 10 seniors and I’ve played with most of them for a long time, so we should be good.

Reid: To attend East Carolina University or maybe Pitt Community College first to study something in the medical field. I’ve always liked Biology, so something along those lines. I’d like to play club soccer at ECU, so we’ll see how it goes