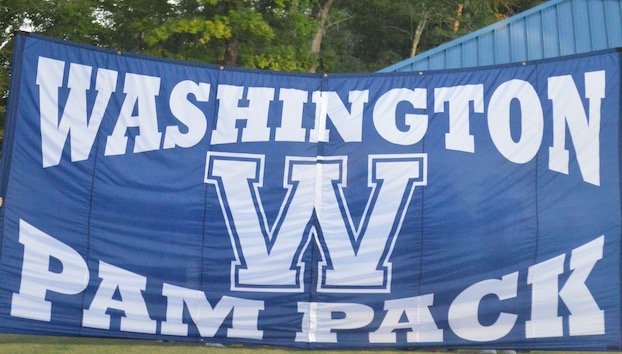 The Washington and Southside swim teams will have a three week break before they get back in the water in early January.

WHS finished third and Southside was fifth in the final meet of the 2022 portion of the schedule Wednesday at the Moore Aquatic Center in Washington.

The Pam Pack finished behind Swansboro and New Bern in the girls meet, while New Bern won the boys competition with Swansboro and Washington second and third. Southside is competing with a limited number of swimmers and finished fifth in both meets.

Freshman Aubrey Woolard led the Pack with a two second victory in the 50 freestyle (27:55). The win wrapped up a good week for Woolard as she won the 100 freestyle Wednesday.

Woolard finished second in the 200 individual medley (2:40.26) and was part of the second place 200 freestyle relay team and the third place medley relay team with Abby Lewis, Lydia Smith and Elana Hill.

The Washington boys found success in the relays as Evan Makepeace, Miller Spruill, Luke Brown and Austin Waters were second the 200 -freestyle. Makepeace, Waters and Spruill teamed with Connor Lewis to finish third in the 200-medley relay and Lewis, Spruill, Gabe Niederhauser and Henry Woolard took third in the 400-freestyle relay.

Makepeace was also fourth in 200 individual medley, swimming all four strokes in 2:37.74, while Connor Lewis was fifth.

Waters finished third in the 100 butterfly in 1:14.33, while Niederhauser was sixth in the 100 backstroke.