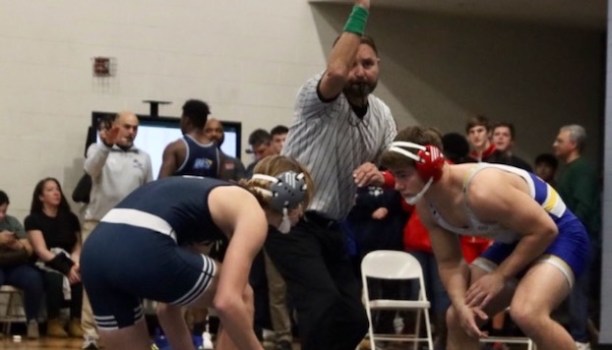 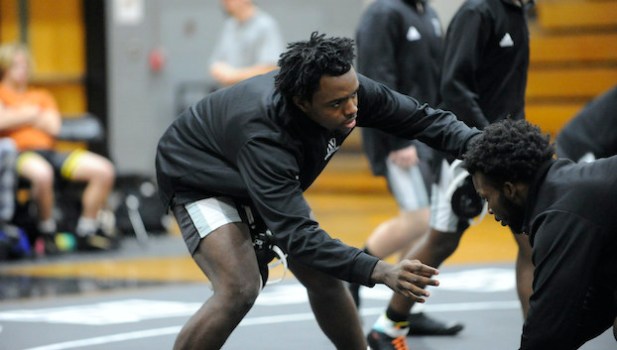 The Washington High School wrestling team grappled with opponents from around the state at the WRAL Classic in Knightdale over the weekend.

The tournament has been held for over 50 years and is a mid-December tradition in the Raleigh area.

Washington was one of two 2A schools in the tournament and finished 32nd out of 53 teams from North Carolina, Virginia and South Carolina

“We hadn’t been back for a while because of COVID-19, so it was great to compete against really good competition from all around,” coach Chris Penhollow said. “It’s very helpful for our guys to see different styles and get several matches in one day.”

Freshman Trenton Baldree led the Pack with three victories in the 182 lb. class. He pinned opponents from South Central, Marlboro County S.C. and Pinecrest while losing to defending state champion Alex Hopper from Laney and a Virginia Beach opponent.

“Seeing Trenton walk in there and get three pins was our highlight,” Penhollow said. “He’s never wrestled before and he was really impressive Saturday. The Laney kid he lost is going to N.C. St. to wrestle and he’s also undefeated. I’m excited to see what Trenton has in store for us the rest of the way.”

Junior Bryant Smith won his first match, then injured his leg during his third competition and couldn’t complete the tournament. Penhollow said Smith should be ready to return after the holiday break.

Meanwhile, Northside wrestled four matches against Ayden-Grifton, Lejeune and Manteo with a win against the hosts from East Carteret in the Hard Nor’easter Duals.

Austin Frazier (170) won three of his four matches as did Jayvion O’Neal (195) and Nick Roberts (220). Gus Vansant had pins against Ayden-Grifton and East Carteret in the 182 lb. class before a loss to Manteo to lead the Panthers.