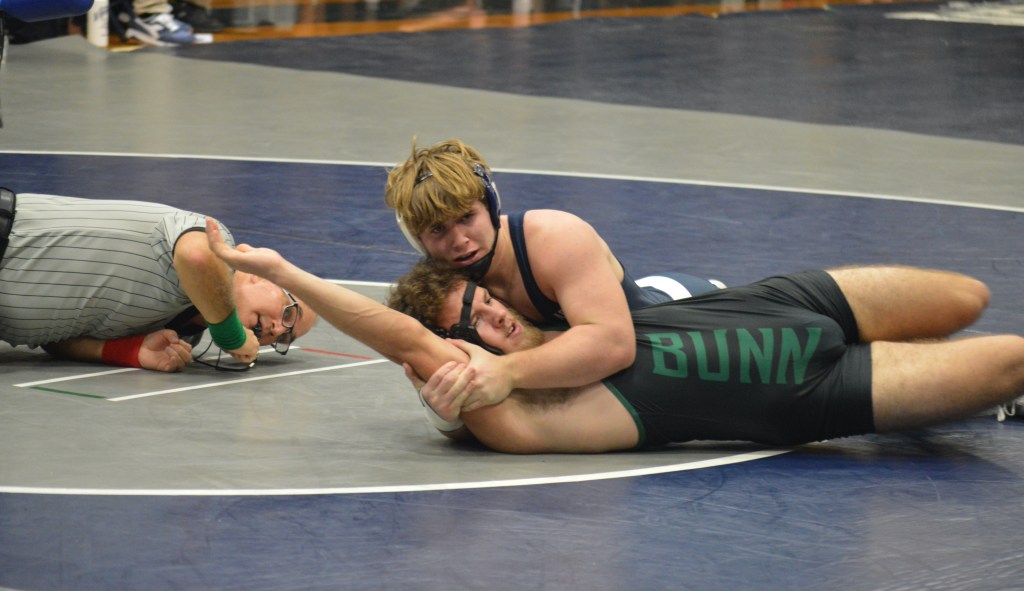 Area wrestling mats will be empty until early January after Washington and Northside wrapped up their pre-holiday schedule this week.

Sophomore Gabe Davis led Washington with a second place finish in the 195 weight class at the 21-team Bunn Invitational Thursday.

Davis won his matches against C.B. Aycock, Rosewood and D.H. Conley wrestlers before losing to a Wilson Fike opponent in the finals.

Junior Braxton Woolard finished fourth in the 120 lb. division with wins over Fike, Neuse Charter and D.H. Conley opponents before losing to South Granville in the third place match.

The Packs’ Landon Brame won three matches in the 106 lb. class against Gray’s Creek, Smithfield-Selma and North Raleigh Christian Academy opponents, but lost to D.H. Conley in the consolation semi-finals.

Washington is back on the mat January 4 at home against Eastern Plains Conference foes Greene Central and South Central.

Meanwhile Northside split a pair of matches at Pamlico County Wednesday, losing to the host school, 66-12, and defeating Pender County, 36-24.

The Panthers get back to action January 3 with a tri-meet at Greene Central.