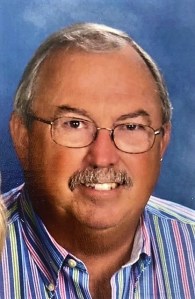 Chocowinity — Charles Edward “Eddie” Rogerson, 69, of Chocowinity, NC, passed away at ECU Health Center in Greenville on Monday, December 26, 2022 after a hard-fought battle with cancer. Eddie was born in Williamston, NC, on September 15, 1953 to Carroll Gray and Louise Corey Rogerson. Eddie is survived by his wife, Vickie Rogerson, his children, Kyle Rogerson and Margot Roberts and his siblings, Nola Pritchett (Frankie Pritchett), Emily Nelson, and Gray Rogerson (Leeanne Rogerson). He was preceded in death by his parents, his grandparents, Gilbert and Ethel Rogerson and Edward and Elsie Corey, and his step-daughter, Jenna Williamson and step-son Christopher Peel.

Throughout his life, Eddie was a devoted sports fan, as player and later as coach. In January 1977, he began working for Lilley International where he remained a devoted employee and eventual General Sales Manager. He enjoyed his shop and was a master woodworker. He also loved his time spent on a boat navigating the waterways of Eastern North Carolina.

The family will receive friends at Biggs Funeral Home in Williamston on Thursday, December 29, 2022 from 6:30PM to 8:00PM. There will be a 11:00AM funeral service held at the funeral home on Friday, December 30, 2022 with burial to follow at Tice Cemetery.

In lieu of flowers, the family asks that you consider making a contribution to the St. Jude Children’s Research Hospital.