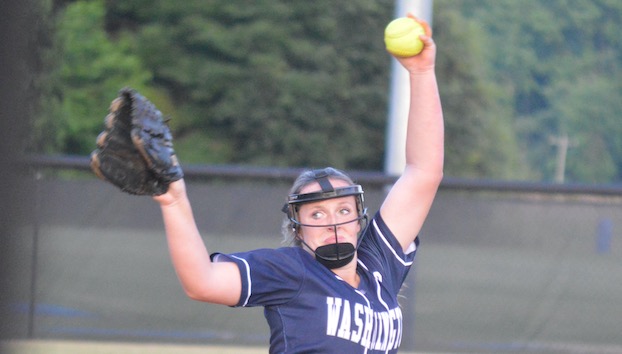 The 2022 Beaufort County sports year was a diverse one and it was fun to tell the stories of people who found success before and after their high school and college careers.

A lot happened on the fields, courts, lanes and mats around our county last year and I think three main stories stood out.

The Washington High School girls softball team made it to the state championship in undefeated fashion before falling to South Stanly in the final series.

It was a pleasure to watch freshman pitcher Emma Orr dominate her (mostly) older competition on the way to All-State honors. Senior second baseman Laci Campbell, who started the season with a leadoff home run in Edenton, won the Eastern Plains Conference Player of the Year award, was named All-State and took her talents to Division III powerhouse Virginia Wesleyan. Center fielder Morgan Eisenzimmer and shortstop Ava Mizell also made All-State and several teammates were All-Conference and All-Region.

My personal game of the year came as the Pack took down eventual 4A state champ D.H. Conley, 1-0, in extra innings in front of a huge home crowd. Orr outdueled a senior opponent, who will pitch in college and struck out an East Carolina signee.

WHS advanced to Chapel Hill as the East champion with a series-clinching win at South Lenoir in front of another packed house.

It was fun to watch the players and coaches celebrate their first trip to the finals. Thanks to head coach Brad Horton, assistant Dallas Tucker and players for making it a thoroughly enjoyable spring.

This spring should be interesting as well because pitching plays an even bigger role in softball than it does in baseball.

Orr is back and probably improved after spinning two no-hitters and completing consecutive shutouts in the east finals to reach the title series.

My second highlight is following former Pam Pack football star Terry Moore’s progress at Duke, chronicled elsewhere on this page. He is an outstanding young man and will achieve success in life, long after his playing days end.

Finally, I’m proud to say that I have occasional, if not frequent, contact with a newly elected Hall of Famer.

Coach Robinson is an HOF kind of guy off the field as well and has helped me a lot with the local sports history and the people who made it. If even half of his stories are true, he’s led an amazing life.

Speaking of Halls of Fame, Washington native Kenneth Gray was inducted into the Military Basketball HOF.

Other accomplishments that stood out in 2022 include Washington Park mayor Tom Richter, Bath resident Maudie Powell and Washington native Nancy Daniels winning medals at the Senior Games in Raleigh. All three have a chance to compete in the National Games this summer in Pittsburgh.

The Washington 15u baseball All-Stars won the first state championship in program history this summer in Boone as they captured the Tar Heel League title in dominate fashion.

The 12u team finished second and both were honored at a City Council meeting.

There were also several athletic firsts this year. Sophomore Will Glover scored the first goal on Washington’s new soccer field in October.

Pungo Christian Academy fielded its first girls soccer and tennis teams in 2022, while Northside qualified for the team wrestling state tournament for the first time in only their third season. 182 lb. senior Terry Columbus was the Panthers first conference champion.

Meanwhile the Pam Pack wrestlers rolled to their eighth straight conference title and remained undefeated in league matches during that stretch.

On the basketball court, Southside junior Ka’Nyah O’Neal was named the Coastal Plains Conference girls player of the year after scoring 50 points in a game twice. She was also All-State and is closing in on 2,000 points for her career.

The Northside girls made it to the fourth round of the state tournament for the second straight year and finished 18-3. Their only loss to a fellow 1A school came at Bertie Co. to end their season.

PCA accounted for the counties only state title, as the Lady Raiders captured their second straight volleyball championship. The Pungo girls made it to the basketball Final Four and the softball state title series.

I have no idea what will happen in 2023, but I look forward to bringing you the details.

Thanks to the coaches, athletes and administrators who make my job easier.

Most of all, thanks for reading the sports page. I’d have to find something else to do if you didn’t.