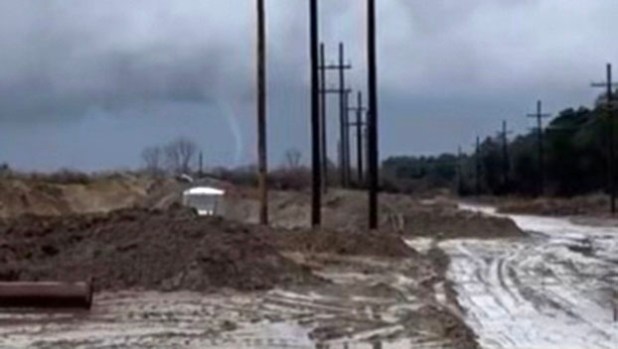 An apparent tornado is visible in a picture taken near Aurora during Wednesday's storm. (Richard Alligood) 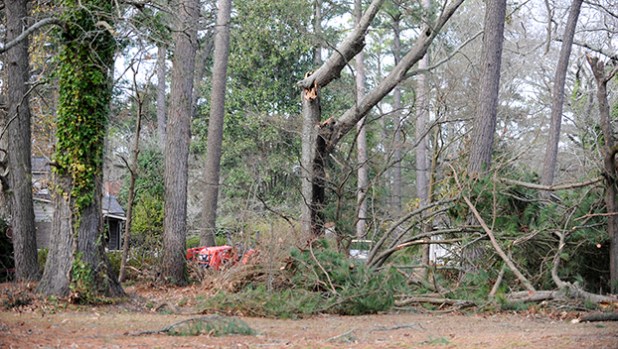 Tree damage caused by high winds Wednesday evening was visible in the Bayview community as the neighborhood worked to clean up after the storm. (Ashley Vansant / Washington Daily News)

The National Weather Service is investigating storm damage in Beaufort County after reports of possible tornados on both sides of the Pamlico River Wednesday evening.

“We do have, through photos, what appears to be a tornado, at least on the Aurora side of the river,” said Chris Newkirk, Beaufort County Emergency Services director. “And we have some witnesses in the Bayview area who also reported seeing that cloud come over the river as a water spout and making landfall in the Bayview area.”

No injuries were reported in the storm, but damages were reported to a home on Highway 33 in Aurora. Near Bayview, a wider swath of damages was reported near the Bayview Golf Course, including downed trees and roof damage at multiple residences.

“We had some significant power line damage,” Newkirk said. “That entire area around the golf course at Bayview was without power for several hours while crews repaired several sections of lines that were down in multiple areas of that community.”

The focus of the National Weather Service is determining if any of the wind damage was from a rotational source, Newkirk said.

“It certainly could have been worse, based on the conditions that were witnessed,” he said.