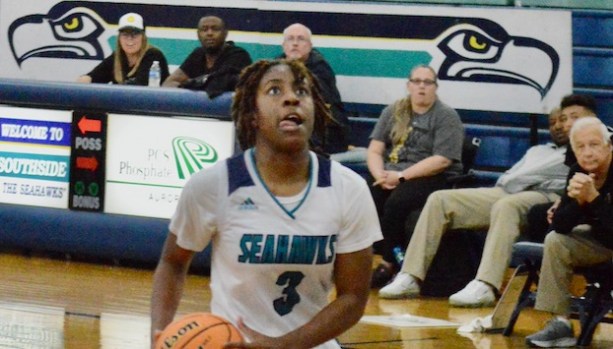 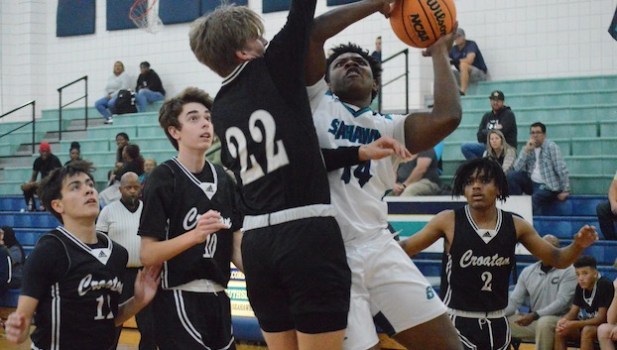 Southside girls basketball coach Milton Ruffin knew his team was going to have a good night when senior standout Ka’Nyah O’Neal hit a deep three-pointer from the corner early in Thursday’s 47-27 home victory over Croatan.

The victory capped a perfect week for the Seahawks (12-3) after home wins over Mattamuskeet Tuesday and Edenton Holmes Wednesday.

“I knew things would go our way after she hit that three-pointer from almost out of bounds,” Ruffin said. “She had the hot hand from the start and I told her to keep shooting. She had a great first quarter, then did a great job of getting her teammates involved the rest of the way.”

O’Neal hit four three-pointers in the first quarter and scored 18 of the Seahawks 24 points during the first eight minutes to finish with 28. They led 24-4 after one quarter and 29-12 at halftime.

“We’ve played good competition during our non-conference schedule and our success has led to more confidence,” Ruffin said. “Our defense is much improved because we are getting more steals, winning more 50/50 balls and forcing our opponents to take bad shots. We’re excited to start conference play next week.”

The Panthers won their only game this week, 48-34, at Bear Grass Tuesday to raise their record to 10-1. They open Coastal Plains Conference action at East Carteret Tuesday before hosting Southside Friday.

The Washington girls are 0-8 after an 68-50 loss at Farmville Central Wednesday. Senior Haley Whitley leads the Pack with nine points and seven rebounds a game, while junior Triniti Burke contributes 8.6 points and five rebounds per game.

On the boys side, Washington is 5-7 and 2-1 in the Eastern Plains Conference before Friday’s home game against second place Greene Central (12-2, 2-0). The Pack lost, 91-72, at Farmville Central Wednesday.

Sophomore Javon Williams leads the team in scoring at 20 points a game, while freshman Chaise Smith scores 15 per contest.

Southside’s boys are 3-8 after a 52-44 home loss to Croatan Thursday that capped a 1-2 week. The Seahawks were down by 13 points in the second half, but battled back to trail by six midway through the fourth quarter before the Cougars hung on to raise their record to 9-3.