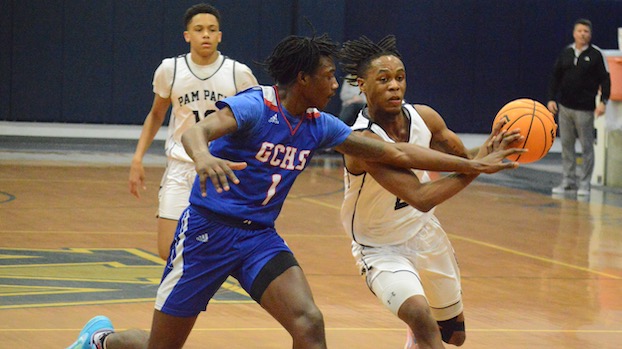 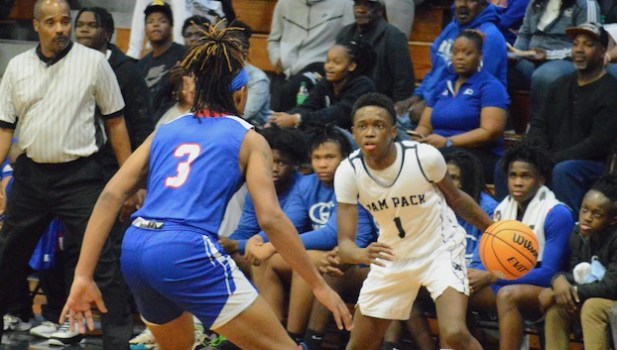 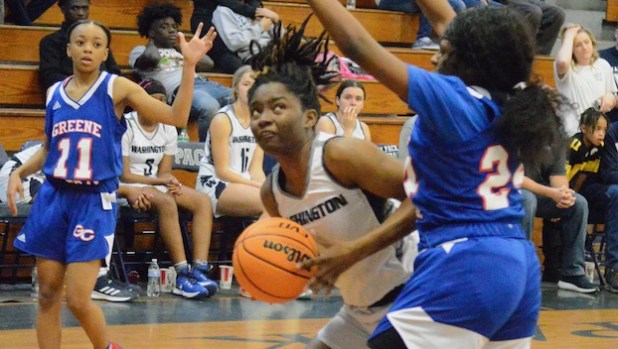 Coming off a loss at four-time 2A East champion Farmville Central Wednesday, Washington’s boys basketball team was planning on taking advantage of being at home for only the third time this season.

However, Greene Central had other ideas and withstood several Pam Pack rallies on the way to a 67-60 victory to maintain sole possession of second place in the Eastern Plains Conference behind Farmville Central.

Washington (5-8, 2-2) took an early lead, then fell behind 25-17 early in the second quarter before freshman Chaise Smith, sophomore Khaliq Boston, junior Jerai Davenport and Smith again hit four consecutive three-pointers for a 31-29 lead. The Rams (13-2, 4-0) led 32-31 at halftime, before Smith’s driving layup put the Pack ahead 41-39 at the four minute mark of the third quarter. That was the last advantage for the home team as the Rams went on a run to lead 52-46 into the fourth quarter and survived a pair of late rallies for the win.

“Their guys are juniors and seniors, while we have freshmen and sophomores,” Washington coach David Allewalt said. “Their experience showed in key situations as did our youth. They got all the loose balls and pushed us around a little bit. We’ll keep learning and getting more experienced ourselves.

The Washington girls lost, 47-31. Junior Triniti scored a team-best 14 points while senior Haley Whitley had nine. WHS is 0-9, while Greene Central moved to 5-10.