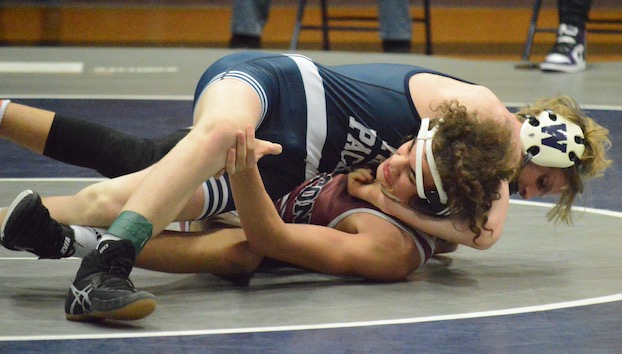 Washington and Northside got back on the wrestling mat for the first competition since the holiday break Wednesday night at Washington.

“It was good to get back out here after the break and everyone made their required weight,” Northside coach Daniel Garcia said. “Wrestling more matches and against better competition has really helped us, “We’ve improved consistently all season and this meet marks the start of preparation for the post-season.”

The Pam Pack continued its nine-year match winning streak against conference opponents with the victory over Greene Central.

Sawyer Vosburgh (120), Tucker, David Meza (132), Foreman, Makepeace, Rogers and Davis won against South Central and all won their matches on the mat against Northside.

“All our guys moved down a weight class and will stay there for the rest of the way,” Washington coach Chris Penhollow said. “They should feel stronger and be able to wrestle a more physical match against lighter opponents. Gabe Foreman had a good night as did Braxton Woolard. We’re where we want to be at this point in the season.”