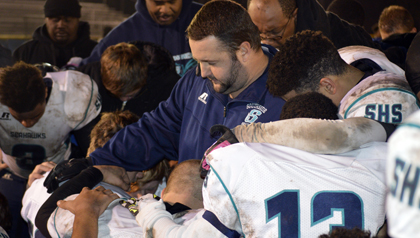 It’s all for fun, of course and nobody wins a trophy, but the four county high school football coaches didn’t give the Georgia offense enough credit when predicting the final margin in Monday’s college football championship game.

All four correctly picked the Georgia Bulldogs to remain undefeated and repeat as national champions over Texas Christian, but none came close to calling the actual final score of 65-7.

Southside head coach Jeff Carrow claimed bragging right for the next 360 or so days, if he chooses to use them.

Carrow called it 34-24 for the Dawgs, while Northside’s Keith Boyd (four), Pungo Christian Academy’s Alex Sefton (seven) and Washington’s Perry Owens (three) thought it would be even closer.

We’ll hear from the county quartet again before next month’s Super Bowl.