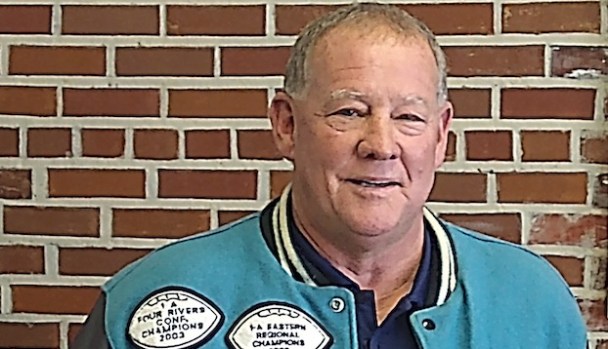 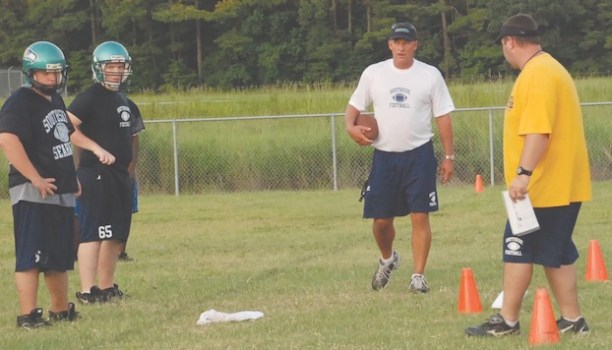 The North Carolina Football Coaches Association has chosen former Southside coach DeWayne Kellum to receive its highest honor at a banquet next month.

The Association gave Kellum honorary membership, which puts him in the company of the state’s football coaching legends.

“Being an honorary member of the state football coaches association means a lot because it comes from my peers and includes guys I’ve looked up to and become friends with who have also helped me along the way,” Kellum said. “I’m very honored and grateful to be part of such an outstanding group.”

Kellum moved to Chocowinity from Morehead City when he was in first grade, played quarterback at Chocowinity High School, then walked on at North Carolina State before earning a scholarship. After an injury, he transferred to East Carolina where he met his future wife, Joanie and graduated with a physical education degree.

Kellum injured his back while at N.C. St. and developed an interest in coaching.

CHS Athletic Director Jim Henderson hired him to coach football, basketball and baseball while he was still at ECU and the rest is history.

“I’ve been extremely lucky to have great coaches who helped me not only get started, but stay employed,” Kellum said. “It started with Jim Henderson, but Neil Titus, Clyde Hardin, Cecil Cherry, Billy Francis, Bing Mitchell and Harold Robinson were a huge help. There are others as well as great assistant coaches and players. Those guys taught me to bring a winning attitude every day and I tried to do that.”

Kellum led the Seahawks to the 2002 East championship, but lost to Elkin in the state championship game, then returned in 2004 after a 32-0 rout of Mitchell’s Northside squad in the East final, but fell to Swain County, 16-14.

Southside’s current head coach, Jeff Carrow, is one of several former assistants who have taken on bigger roles.

“He is the reason I am a coach,” Carrow said. “I played for him and coached under him, so he’s definitely my mentor. He let me coach for him while I was in college, helped me get started at Greene Central after graduation, then brought me back home to Southside. He was organized, a disciplinarian, had high standards and knew how to push but still have a positive relationship with his players. He set a great example for everyone around him and absolutely deserves this honor.”

Kellum cites the teaching process involved with coaching and winning unexpectedly as his two favorite parts of coaching.

“When Southside opened, we had kids from Aurora who were good athletes but had never played football,” he said. “We had one who asked me what the line of scrimmage was on the first day. We coached them up from there and did pretty well. It was also very gratifying to take a team that’s supposed to be 2-8 and turn them into 7-3. That helps them later in life. The day-to-day process of coaching is what I miss the most.”

In a business where coaches usually have to move on to move up, Kellum said he’s never lived more than five miles away from his job.

“My wife and I raised three kids on the south side of the river and we still love it,” he said. I’m proud of Eastern North Carolina football and am fortunate to be part of it.”

The Coaches Association will honor Kellum at their banquet February 4, but he doesn’t know what he will bring home.

“They told me it would be something I could hang in my man cave, so I’m excited to see what it is,” he said.