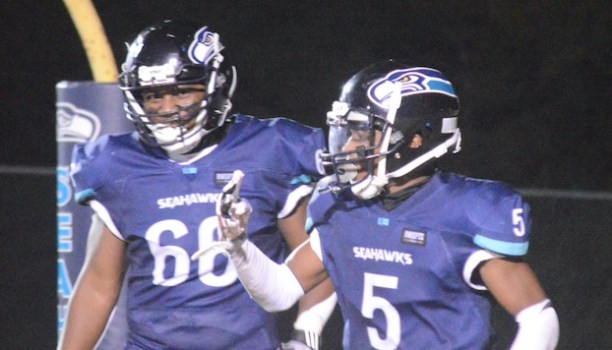 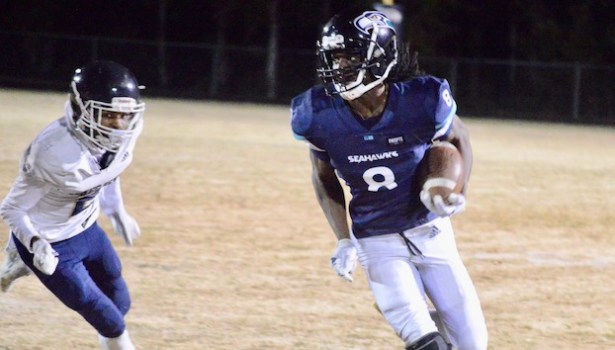 Xavier Ham spent a good portion of his senior football season blowing up plays in the offensive backfield, making tackles for loss and sacking the quarterback.

Coastal Plains Conference coaches took note of Ham’s consistent play and voted him the league’s Defensive Player of the Year for his efforts.

The 6’1, 230 lb. linebacker led the team with 96 tackles, including 10 for loss and recorded six sacks. He helped the Seahawks to an 8-4 record and a trip to the second round of the 1A state playoffs.

“He was nearly a unanimous selection, which shows how much the other coaches in the league respect his ability,” Southside coach Jeff Carrow said. “He was one of our captains and represented us well with his character, hard work and dedication. He won our Seahawk Award as well for those attributes and how he represented Southside High School on the field and in the community. He’s been a huge part of our program and all of us will miss him next year.”

Hill set a program record for passing yards with 1,002 and threw nine touchdown passes with only three interceptions.

“All of them stood out at their position and deserved the All-Conference recognition,” Carrow said.  “It was great to see Walker break our school passing record and DJ made some big plays after he caught the ball.

The Seahawks also announced their team awards at their banquet earlier this week.