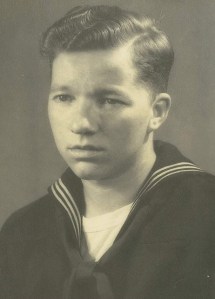 Mr. Cherry was born in Beaufort County on March 1, 1936.  He was the son of the late Henry Churchill Cherry and Violet Perry Cherry.  Mr. Cherry served in the U.S. Navy.  He was an over the road truck driver, retiring with 42 years of service.  Mr. Cherry lived in Chicago until 1984 when he returned to Washington.  In his spare time, he enjoyed working in his yard.

In addition to his parents, Mr. Cherry was preceded in death by a daughter, Suzanne Larson, brother, William Edward Cherry and a sister, Mary Alice Olmstead.

The family will receive friends at other times at his home.

Paul Funeral Home & Crematory in Washington is honored to serve the Cherry family.