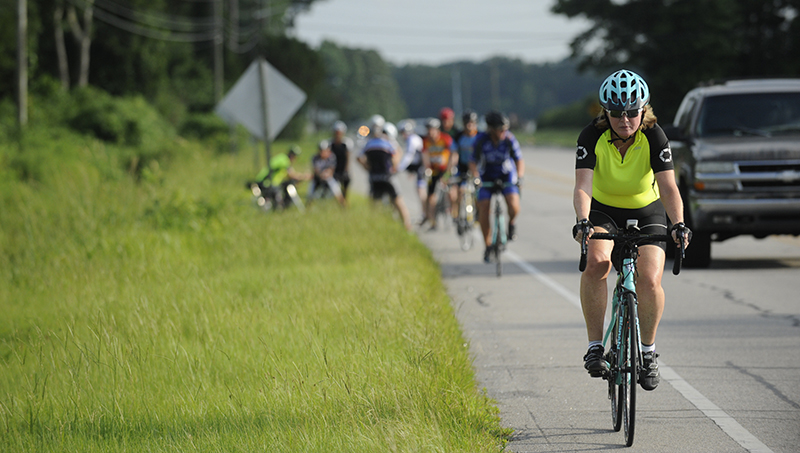 A new study is underway to determine the feasibility of a greenway connecting Washington and Greenville and could lead to a protected corridor for bikers and walkers to travel between the two municipalities.

The Washington-Greenville Greenway Feasibility Study was announced Thursday by the Mid-East Regional Planning Organization, an entity of the North Carolina Department of Transportation that serves as the lead transportation planning agency for local governments in Beaufort, Martin and Pitt Counties with the exceptions of Greenville, Simpson, Winterville and Ayden (part of the Greenville MPO).

The study, supported through NCDOT grant funds, will explore the feasibility of a more than 20-mile greenway connecting Washington to the existing greenway system in Greenville.

“Greenways are linear parks,” according to the Greenville government website. “They’re a place where people can walk, jog, ride bicycles, and enjoy nature. The current greenway begins at the Greenville Town Common and winds its way through the university neighborhood along the Tar River before turning towards Green Springs Park where it becomes the Green Mill Run Greenway and meanders along the creek through Elm Street Park to College Hill on the East Carolina University campus.”

If the study leads to its construction, the Washington-Greenville Greenway would be part of the East Coast Greenway Alternate Coastal Route and part of N.C. Bicycle Route 2: Mountains to Sea.

The existing East Coast Greenway is a 3,000-mile walking and biking route stretching from Maine to Florida, connecting 15 states and 450 communities.

Rough construction costs are estimated at $1 million per mile, according to the East Coast Greenway Alliance, but can vary widely depending on terrain.

The Mid-East RPO will serve as the lead planning agency and the McAdams Company of Raleigh has been hired to conduct the feasibility study.

“We look forward to partnering with McAdams, Beaufort County, Pitt County, the City of Washington, the City of Greenville, and the Greenville MPO to advance multi-modal transportation in eastern North Carolina through this study,” said Sam Singleton, Mid-East RPO director.

“The study is expected to take approximately 12 months, with completion expected by early 2024,” according to a Mid-East RPO release. “Following the conclusion of the study, the Mid-East RPO will consider submitting this project for funding through the NCDOT State Transportation Improvement Program and will also explore funding options through federal and state grants.”