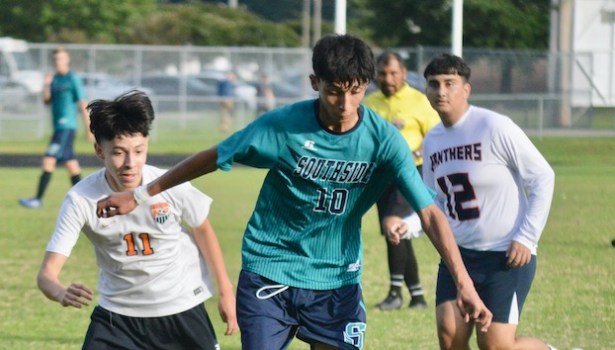 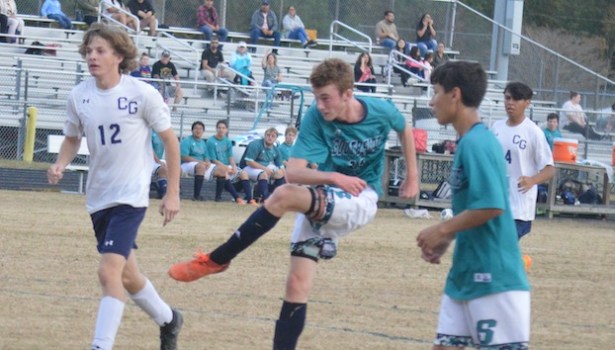 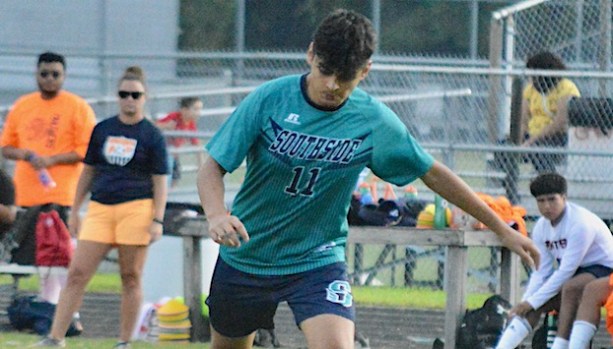 Coastal Plains Conference soccer coaches chose Southside junior Kenny Avila as the Player of the Year and four Seahawks joined him on the All-Conference first team. Coach Jay Petty was also voted Coach of the Year.

Avila Esparza led Southside to a 17-5 overall record and a trip to the second round of the 1A playoffs.

He scored 25 goals with 12 assists in 19 games and stood out for his all-around skill according to his coach.

“The other coaches were amazed by how many things he did well,” Petty said. “You can’t miss him on the field, because his skills stand out. He was our field general and we relied on him to adjust to the flow of the game. He was tremendous at creating space close to the goal and could find the net off corner kicks and throw-ins.”

Matthews led the team in scoring with 28 goals and 23 assists, several of which came off throw ins to Avila Esparza.

“Gabe wanted to take every throw-in because he knew Kenny would have a decent chance to score,” Petty said. “He had a great attitude and communicated very well as our captain. Trey played everything for us during his four years including goalie. Our kids called him Trey the Train because of his size and he was one of the smartest players I’ve coached. Jose asked to move from midfield to defense early in the season because it was a weak spot for us. Our back line became much better and that’s because of his unselfishness. Osiel didn’t play his junior year and it took him a while to get in shape. He would work his man off the ball, then start our attack quickly. All these guys were fun to coach and were huge contributors to our success.”