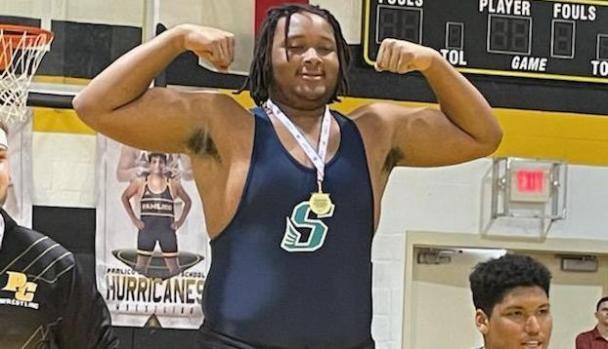 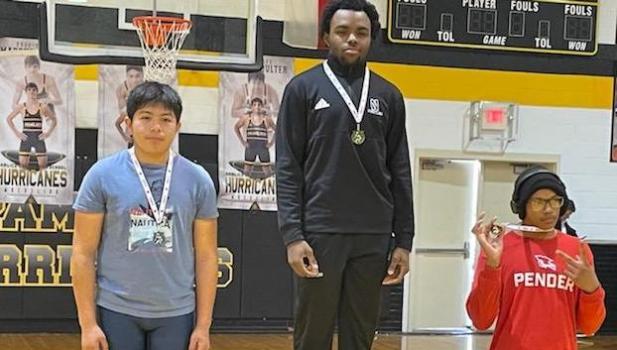 The host school won the event, while Northside was third and Southside finished sixth.

Elyjaih got poked in the eye early in his last match and that made him mad,” Southside coach Stanley Dixon said. “Once we figured out he was okay and could continue, he pinned the guy in about 20 seconds. He dominated his other match as well and has improved all year. He likes to stretch his matches out and we’ve been working to get him in and out faster. He did that very well over the weekend.”

Robert, a junior, and O’Neal, a senior, became the second and third Northside conference champions in the three-year history of the team after Terry Columbus won at 182 lbs. last year.

“Both of them are wrestling for the first time this year and both wish they started earlier,” coach Daniel Garcia said. “Jacob was the top seed in his class, but I didn’t tell him until we got there. H wrestled very well as did Javion, who won by technical fall (23-8). They both take instruction very well and continue to refine their technique.”

“I’m proud of everyone’s performance and we finished fifth in this meet last year, so that’s progress,” Garcia said. “We have gone from the learning phases at the start of the year to the refinement phase in time for the post-season. We’ll continue to work and hopefully keep improving.”

Freshman Jonathan Salas finished second in the 182 lb. class for Southside after losing to O’Neal in the title match. Freshman Kaden Miller was third at 113 lb. and junior Latham Dixon was third at 132.

“We’ve made major improvements and I’m proud of our overall progress,” Dixon said. “The more matches they have, the better they get and we’re looking forward to the regional next month.”