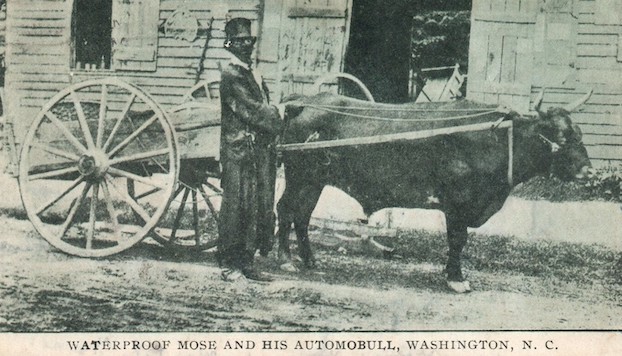 Thank you, readers, for the tremendous feedback I received from last week’s column ‘Know Your Town 2023’ in which I featured a brief history of the Metropolitan African Methodist Episcopal Church.  My series ‘Know Your Town’ is shared on my Facebook history page, ‘I’m From Washington NC and nobody told me this.’ The page features almost 300 years of African American history in the greater Washington area.

The title of the page is named after my African American Walking History Tour, which I started in 2009.  The reason for the strange name is because many participants on those tours would say after learning some really amazing history, “well I’m from Washington NC and nobody told me this.”

Since then, the page has become a national phenomenon as well as having readers from all over the world.  The walking tours have been featured on North Carolina Weekend.

Washington has such an amazing history. It includes everyone and I’m happy to share.

Many readers have asked me about this photo.  The story behind it has been featured on my history page for years. I realize many people don’t use Facebook so I will share the picture, which was actually a postcard that was made by the Carolina Drug Company of Washington NC in 1906.

This photograph has been featured in history books about Washington, and it’s for sale on Amazon and eBay. But no one has given accurate information about the man in the photograph.

The man is Mr. Moses Dowdy who was born in 1864. He was a very prosperous grocery store owner and draymen, which were men who used a cart and mule, (in Mr. Dowdy’s case a bull), to provide transit for goods and people through town. He also owned a meat market in the 100 block of Gladden Street, where the Gerard’s Store next to Bill’s Hotdogs was located in later years. He moved his stores to Harding and Respess Streets. He was a Laymen for the early Metropolitan African Episcopal Zion Church here in Washington.  Most noteworthy, he served on a jury witness panel in a Washington court case back in the early 1900’s for which was paid. That was a little unusual for a Black man in his day.    Mr. Dowdy was the father of Washington’s only African American dentist, Dr. Haywood N Dowdy, who enabled by his father, graduated in 1928 from the Howard University School of Dentistry. Mr. Moses Dowdy died in 1934.

When is the best time for that Pre-Emergent application?