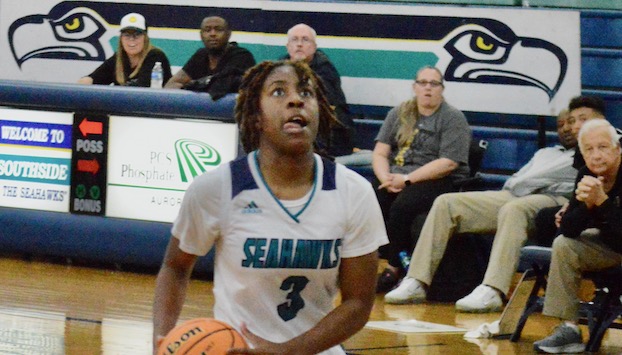 The milestone came 90 seconds into the contest as O’Neal drove to the basket from the left side and converted a lay-up.

Players on the Seahawks bench burst onto the court to congratulate their captain as the officials stopped the contest.

“It’s a great accomplishment and all of us are really proud of her<’ coach Milton Ruffin said. “It’s also a big relief for her to not have to think about it anymore. Now she can relax and go play.”

Among the players O’Neal passes was current Northside coach Michelle Leathers, who scored 2,008 points in her Panthers career. She has 2,021 career points and has a chance for more Wednesday night at home against Lejeune.

“She’s worked hard and deserves everything she gets,” Ruffin said. “It’s good recognition for her, her family and Southside High School.”