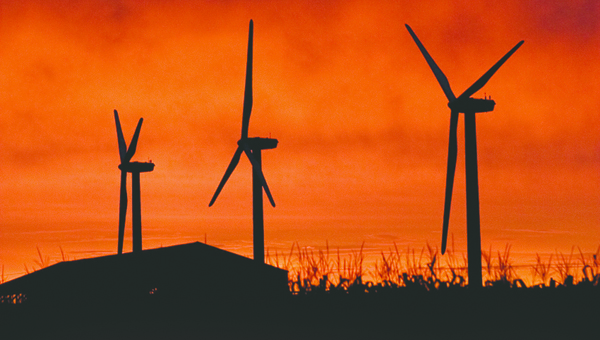 Invenergy Wind Development LCC and the U.S. Defense Department have reached an agreement concerning mitigation of impacts of the Pantego wind-energy project on military training while pursuing renewable energy development.

The proposed Pantego wind farm (on about 11,000 acres near Terra Ceia) came under close examination by the U.S. military because of its close proximity to flight paths used by military aircraft during training missions, particularly bombing runs by jets from Seymour Johnson Air Force Base at Goldsboro to the Dare County Bombing Range.

The military’s concern focused on the 500-foot-tall wind turbines with their 164-foot blades revolving at 100 mph. The military worried the wind turbines would interfere with jets as they approached the bombing range at an altitude of 500 feet.

Invenergy issued this statement about the agreement:

“We appreciate the time and effort by all involved, including representatives from Seymour Johnson Air Force Base, and are pleased to have worked together toward this agreement. We continue to meet with stakeholders and evaluate our development plans regarding the Pantego Wind project, with a specific timeline still to be determined.“

A military representative spoke about the agreement.

“With this agreement, a careful balance was struck to capitalize on the potential of renewable energy in eastern North Carolina, while allowing the 4th Fighter Wing to continue its F-15E, low-level flying mission,” said Col. Jeannie Leavitt, 4th Fighter Wing commander, in a news release. “All F-15E formal aircrew training is conducted at Seymour Johnson Air Force Base and operating areas such as the Dare County Bombing Range are a valuable commodity critical to military readiness. This agreement is paving the way for renewable wind energy development in this region.”

County Manager Randell Woodruff has been involved in meetings with federal and state officials working to mitigate the effects of the wind farm on the military training flights.

“Invenergy has worked diligently to get through this and keep the project alive. The remaining difficulties are not federal, but dealing with the legislation which was enacted in the last session of the General Assembly. Invenergy continues to work through this,” Woodruff wrote in an email. “Had it not been for this unnecessary legislation the Pantego Wind Project would have most likely already been under construction rather than being delayed to 2015. As you know this project will generate in excess of $1 million in revenue annually that can be used to assist with needed capital projects on the horizon.”

Under terms of the agreement, wind turbines would be placed no closer than four nautical miles of a major military flying training route in eastern North Carolina. That route is used extensively by jets from Seymour Johnson Air Force Base and Navy and Marine Corps aircraft for low-level flight training and access to the Dare County Bombing Range.

Chicago-based Invenergy and DOD worked to mitigate the problem, discussing concerns and possible relocation of some turbines so that they won’t impact flight paths.

Frank DiGiovanni, director, Force Readiness and Training, Office of the Deputy Assistant Secretary of Defense, said, “Military readiness is the Department’s priority. However, we also recognize that energy security is a component of national security. To this end, the Pantego agreement finds harmony between military readiness and renewable energy development. This groundbreaking agreement was the result of a lot work by all stakeholders, particularly the outstanding efforts of leadership from Seymour Johnson AFB, the state of North Carolina, and representatives from Beaufort and Wayne counties. This agreement is vital to sustaining the military’s ability to conduct its readiness training in this part of North Carolina.”

The project also has come under fire by the U.S. Fish and Wildlife Service. An estimate issued by the agency in June 2012 indicated four to 20 bald eagles could be killed each year by the spinning blades of the turbines.