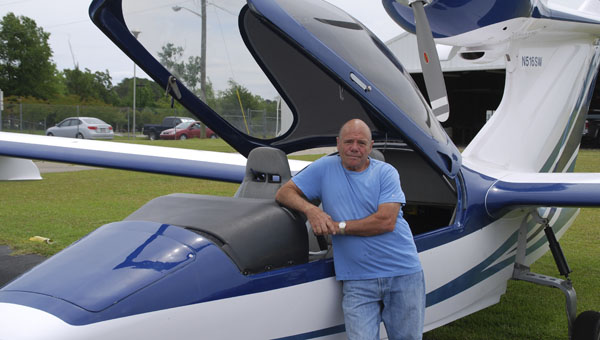 Beaufort County resident Tom Saccio, a key supporter of the Wright Flight program in Beaufort County, was killed Thursday when an airplane crashed near the Monroe County, Ind., airport.

Witnesses said the airplane was losing altitude and on fire just before the crash in a wooded area close to the airport, said Saccio’s wife, Stephanie, on Friday. She was in Delaware at the time of the crash.

A passenger, who had not been identified by Indiana officials as of Friday, aboard the aircraft also died, according to the Monroe County coroner’s office. Saccio’s wife said it was her husband’s Seawind (a plane able to land and take off on water) that crashed. Some published reports say the aircraft that crashed was an experimental ultralight. Attempts to contact the Federal Aviation Administration for information about the crash were not successful Friday.

A memorial service for Saccio, who lived at Maules Point, will be held in Washington, but the date, time and location have not yet been determined, Stephanie Saccio said.

“I decided while he did this little trip I would go to Delaware to see my son and grandkids. … I’m going to try to do it (memorial service) on a weekend because there are people from so far away and I need time to get it together,” she said.

“He was flying the Seawind. He had called me about 45 minutes before it crashed. He was in Madison, Ind., on his way to Bloomington … and he said the trip was great and he had been flying for about three and a half hours. He had a friend with him, who sadly also died,” Saccio said. “He said, ‘I’ll call you in an hour and a half. We’re about an hour and a half away from our destination.’… Two hours go by and I haven’t heard from him, so I left him a couple of voice messages, a couple of email, a couple of text messages and didn’t hear, didn’t hear. I get to my son’s house and said, ‘Something’s wrong.’ He said, ‘No, just wait a little bit.’ I just knew something was wrong.”

Saccio called the Indiana State Police, who advised her to call the Indianapolis International Airport, which connected her with the state trooper investigation the crash.

“He asked me where I was and is someone was with my. I said, ‘Yes.” He said they hadn’t fully identified them. I said, ‘It’s his plane. I know it’s his plane.’ People on the ground said they saw the plane losing altitude and that the engine was on fire. They had called in a request to land. They did not call ‘Mayday.’ They called in a request to land and said that there was a fuel-pressure indicator on. They were about 200 yards, as best as I can tell, from the airport landing strip. They went down behind somebody’s home in a grove of trees and in a chicken coop. Fortunately, nobody else was injured,” she said.

“The coroner assured me that they did not suffer — by the time they hit ground, they were dead,” Saccio said.

On Friday, Sgt. Joe Watts, a public-information officer with the Indiana State Police, said ISP troopers were notified of the crash about 12:58 p.m. Thursday.

“The plane was on fire. It took them probably 30 minutes to extinguish the plane and the wooded area there. The plane was broken apart from the impact. We located the two persons on board there at the crash site. Unfortunately, they were burned beyond recognition,” Watts said.

Someone on the airplane requested permission to land at the airport, and that permission was granted, Watt said. After being unable to raise the aircraft by radio when it was about two miles from then airport, personnel in the tower at the airport noticed a plume of smoke near the airport, Watts said. The tower personnel immediately contact a fire department, and a woman who was mowing her yard and either saw or heard the crash called 911 to report it, Watts said. 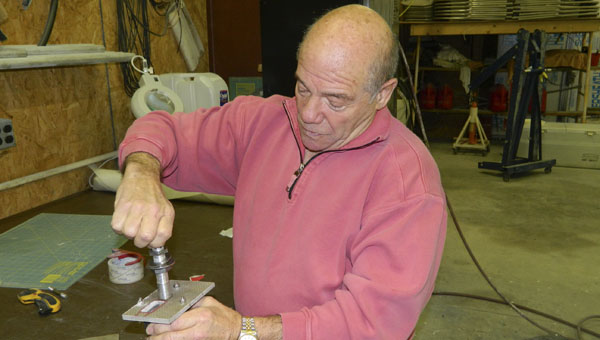 The Herald Times of Bloomington reports an investigation into the crash may take weeks to complete, according to Steve Burnham, an investigator with the Federal Aviation Administration. The newspaper also reported that officials at a news conference Thursday afternoon could not confirm if the plane was on fire before crashing. The newspaper also reported the pilot reported a “low pressure fuel indicator” but did not declare an emergency.

The Seawind (its engine above and behind the cockpit) has a futuristic look, but it also reminds one of the Consolidated PBY Catalinas of the 1930s and 1940s.

Tom Saccio, who was a property master in the film industry (mostly in New York), became interested in flying early in his life. That interest eventually resulted in him buying a Seawind kit and putting the seaplane together.

Saccio, in an interviews for Washington the Magazine, said that in the early 1990s, his son gave him three flying lessons as a Christmas present.

“I took those three lesson, and I just didn’t stop. I just kept right on going. … Then somewhere along the line I came up with the idea of building an airplane,” Saccio said in the interview. “Right around the time I got the airplane, the kit, I decided after working 40 years in the film industry that I was never going to get this plane built if I kept working. So, I just retired.”

Saccio began building the plane in Connecticut, but lack of space and other limitations there resulted in him moving. At first, Saccio considered buying a house at an airpark, where people live and keep their planes at their homes. Eventually, Saccio located to Maules Point, where his home and the hangar for the Seawind are about 100 yards apart.

The freedom of being able to take off and land from the waters next to his home is greatly satisfying, Saccio said. Before he built his home, he built a hangar for the Seawind.

Saccio was a volunteer pilot with the local Wright Flight program, in which fifth-graders learn the hard work pays off by studying aviation pioneers such as Orville and Wilbur Wright, who set objectives, worked hard to meet those objectives and overcame obstacles to write their names in the history books.
The focus of the Wright Flight program is the contract a student signs. As part of the contract, the student sets a goal and lists what must be done to achieve that goal, which should be challenging. The program’s preferred goal is to raise a grade in school, say from a B to an A in history or a C to a B in mathematics. Parents are encouraged to assist their children in reaching their goals.
Part of the Wright Flight program calls for students to abstain from using tobacco, drugs and alcohol. The program also provides students a second chance if they don’t meet their goals the first time around. That second chance comes during the next grading period.
Numerous Wright Flight participants are minority or disadvantaged children who probably never would have opportunities to fly in an airplane without Wright Flight.