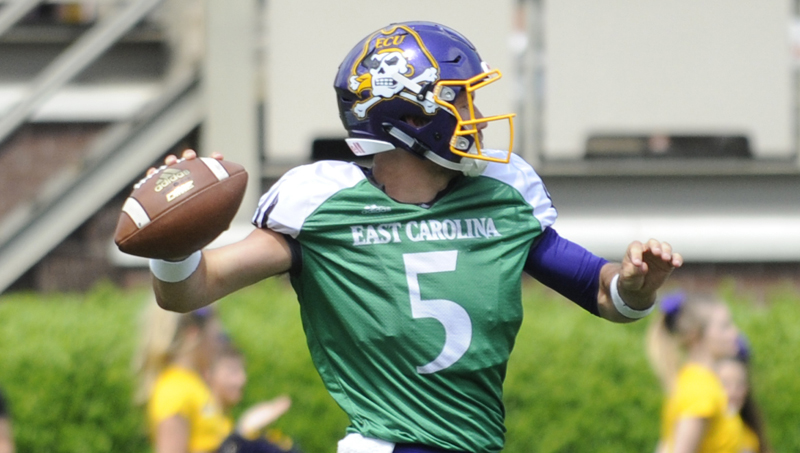 GREENVILLE — After a preseason position battle with Duke transfer Thomas Sirk, junior quarterback Gardner Minshew was named the starter for East Carolina’s Sept. 2 season opener against James Madison, according to an announcement made by head coach Scottie Montgomery after Tuesday’s practice.

Minshew played in seven games, including a handful of starts, in the 2016 season. He was relied on heavily once injuries began to plague starter Phillip Nelson. In those seven games, Minshew completed 119-of-202 passes for 1,347 yards and eight touchdowns. He also had four interceptions.

Sirk will serve as Minshew’s backup.

“We are the point where we need to get ready to play a game and additional reps are obviously an important part of that preparation,” Montgomery said in a release from ECU. “We like the way each manages the team, both from a leadership and execution standpoint, but Gardner has a little more familiarity with our current personnel.”

Sirk arrived in the offseason while Minshew was spending his first full offseason learning the ins and outs of the Pirate offense. While Sirk will be the No. 2 signal caller on the depth chart, Montgomery and the staff know he has a skillset that makes him useful in the red zone. Montgomery would use Sirk as a situational quarterback when the two worked previously with the Blue Devils’ program.

ECU’s season opener against the defending FCS-champion Dukes is slated for 6 p.m. on Sept. 2.